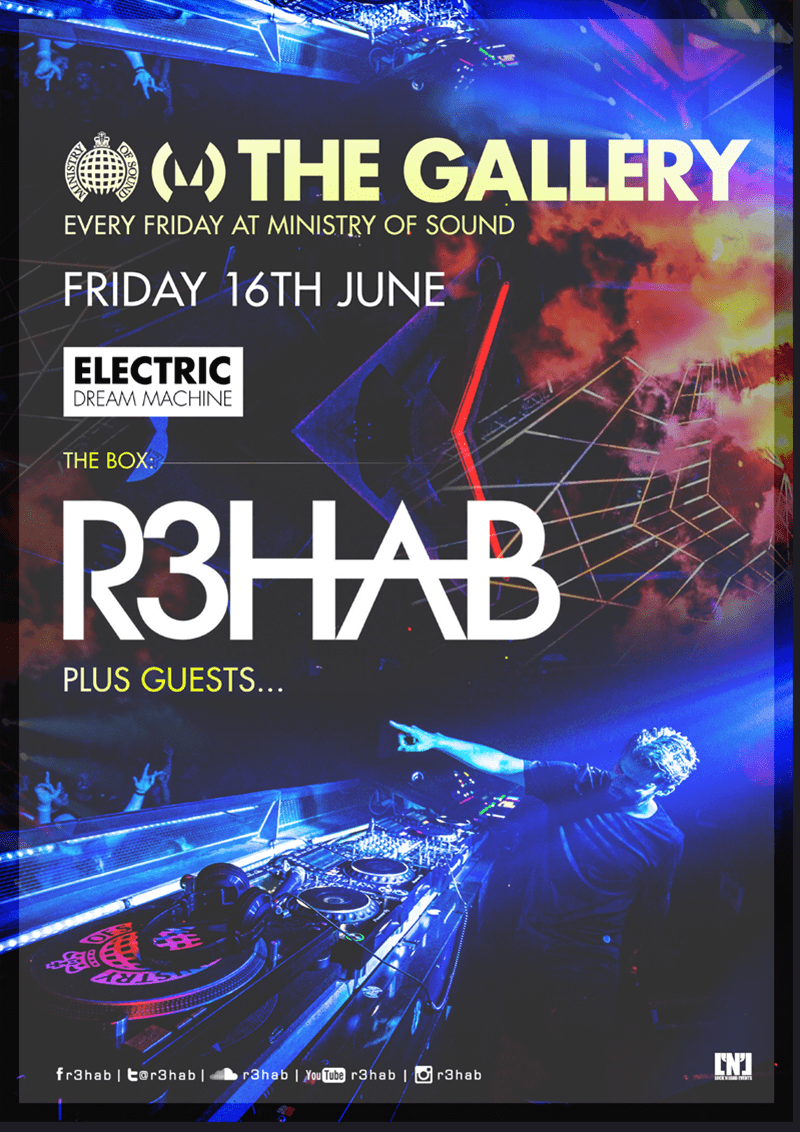 With over fifteen million streams and still counting, “Trouble” is the new release from R3HAB which we look forward to hearing in The Box. This will be a sing-song moment en masse to remember, with its catchy vocal hook and pop infused melody a contrast from those explosive drops for which The Gallery has become accustomed.

Hence affirming the versatility of R3hab as both DJ and producer too, with focus to fuse sounds which always retain their properties for the dance floor – no matter what genre of electronic music is being considered. If in recent trouble or strife, a session of Friday night R3hab is just what The Gallery doctor ordered.