The Garden Party 2015: After Parties and Stage Breakdowns announced 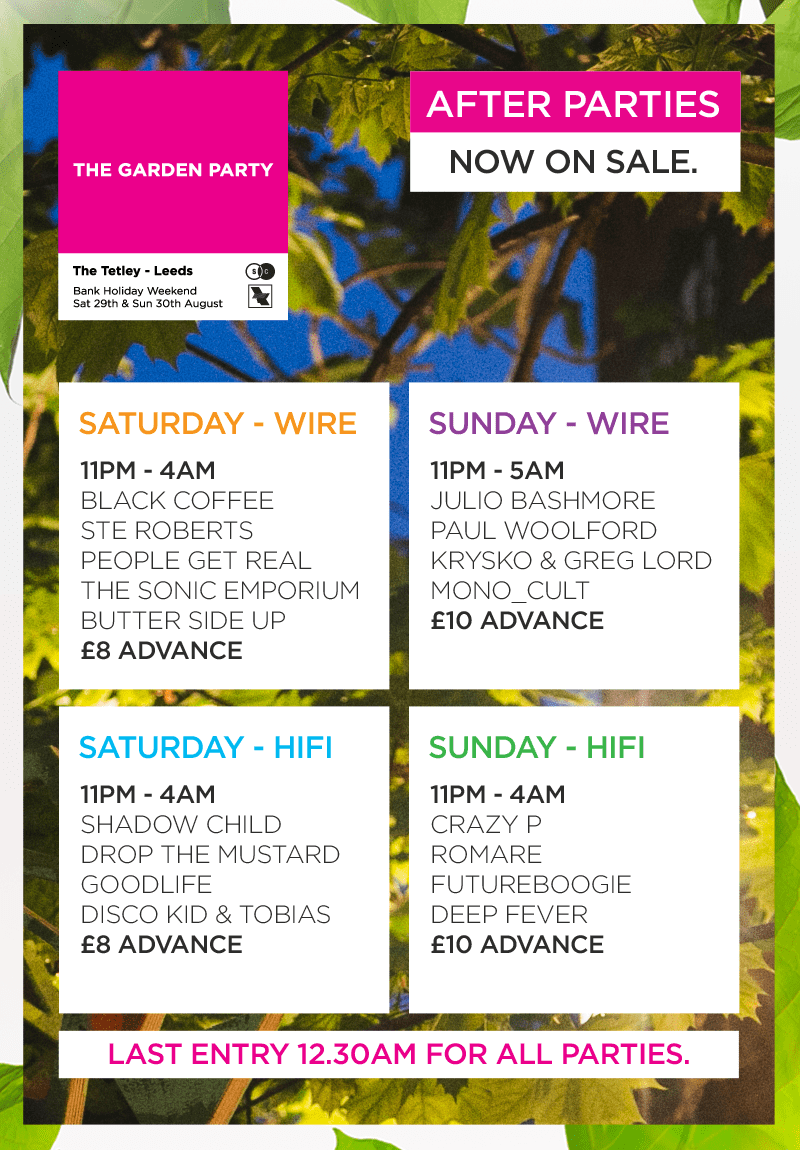 The Garden Party 2015: After Parties and Stage Breakdowns announced

The Garden Party have announced details of their official after party series taking place on Saturday 29th and Sunday 30th August 2015. With an already impressive bill that’s set to welcome headliners Roisin Murphy, Little Dragon, Soul II Soul and newly added Talib Kweli, the festival’s after party series will feature an array of talent from the festival programme including Black Coffee, Shadow Child, Julio Bashmore, Crazy P and many, many more.

With two after parties scheduled per night that will take place at the Wire and HiFi respectively, each event will run from when the festival closes at 11pm and run until 4am – offering over 30 hours of non-stop dancefloor action throughout the weekend. Saturday 29th August will see multi-award winning South African DJ and producer Black Coffee headline the Wire – joined by Leeds local Ste Roberts and fellow Northerners People Get Real – whilst the versatile talent of Shadow Child will take play at HiFi alongside extended members of The Garden Party family, Drop The Mustard.

Following the release of his debut album Knockin’ Boots, inspired producer Julio Bashmore will kick off Sunday’s after party schedule, and will be supported by Leeds native Paul Woolford and long standing Warehouse Project resident’s Krysko and Greg Lord. Rounding off Sunday’s proceedings are Crazy P who headline the HiFi, offering an eclectic evening of music that’ll also feature the forward-thinking stylings of Romare and Futureboogie.

With after party tickets for The Garden Party now on sale, and festival tickets now on 3rd release, its 10th anniversary looks set to be a truly unforgettable milestone.