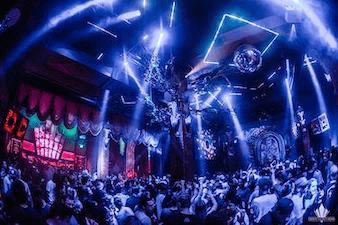 by ihouseuadmin
0 comments
San Francisco’s leading club, The Great Northern, has announced its event program for July. Jeremy Olander (open to close set and his only SF show in 2019), Gabriel & Dresden, Matias Aguayo, Tiger and Woods, Ralphi Rosario, Steve ‘Silk’ Hurley are just some of the names touching down throughout the month as the Great Northern continues on its mission to bring the world’s most respected DJs to the west coast, and deliver a clubbing experience on par with the world’s best clubs. An educated music policy and no-expense-spared approach to quality, means The Great Northern has quietly become the venue of choice for San Fran’s more clued-up clubbers. Since launch in September 2016, DJs gracing the turntables at The Great Northern include Honey Dijon, ANNA, Ame, Dixon, Osunlade, Guy Gerber, Eats Everything, Damian Lazarus, Leon Vynehall, Hernan Cattaneo, Soul Clap, John Talabot, Peggy Gou, Gerd Janson, Floorplan, Tale Of Us and many more. The club’s determination to push the boundaries is undeniable, as underlined by its incredible decor (with 30ft ceilings), aerialists, custom LEDs, projection mapping and stunning 80,000w custom-built VOID Acoustic soundsystem. Tickets for all July events are available from www.thegreatnorthernsf.com.
Cream Of Beat return to The Great Northern for one of the two special events they run each year. Their crack team of resident hip hop and downtempo DJs put on a show for Independence Day celebrations every year. They get the party started Wednesday 3rd July with the Pirate DJs, Mind Motion, Ivan and Dark Money, plus special guests Scotty Fox, D-Sharp, Fuze and H Holla.
On Saturday 6th July, A Club Called Rhonda return to The Great Northern. The infamous L.A pansexual dance party was created to bridge the gap between straight and gay clubbing, and brings Matias Aguayo to the decks. The Berlin-based artist is renowned for unmissable DJ sets which implement his voice and percussion to play a seductive game with the crowd. Running Back favourites Tiger and Woods also line up to bring some cool grooves and Italian flair to proceedings.
Saturday, 13th July sees Opulent Temple hosting Anjuna favourites, Gabriel & Dresden, at The Great Northern for a massive 4 hour set. The ‘Remedy Album Showcase’ will delve into the duo’s highly-anticipated forthcoming album and is sure to be a treat. The Opulent Temple began as a large scale art and music theme camp at Burning Man and have since progressed into a respected club brand, bringing quality names like progressive trance legends Gabriel & Dresden to their audience.
San Fran brand SET returns on Friday 19th July, bringing one of the last decade’s biggest names in electronic music for an all night long performance, and his only San Fran show for 2019. Swedish sensation, Jeremy Olander, is a pioneer of sound; his blend of melodic house and techno is known and loved by the masses and he is no stranger to labels like Anjunadeep, Bedrock, and Last Night On Earth as well as his own Vivrant imprint. The globally acclaimed virtuoso makes a pit stop in San Fran for an eagerly awaited all-nighter on the dancefloor.
Sunday house grooves are supplied on 21st July, as Oakland-based, House Vibrations, brings Chicago house legend, Steve ‘Silk’ Hurley to The Great Northern. The four-time Grammy-nominated producer and musical pioneer is joined by the Bay Area’s very own David Harness and Mario Dubbz. Since he delivered the seminal house track, ‘Jack Your Body’, Steve ’Silk’ Hurley has continued to push the boundaries and will bring the evolution of house music to San Francisco.
Rounding off July on Saturday 27th, another house legend, Ralphi Rosario lines up for Brüt’s Dore Alley Weekend; a party designed for the real fetish-lovers. There will be rubber outfits, biker gear and muscular men everywhere, getting down to guaranteed sexy, chunky house beats from one of house music’s most respected names.
The party continues as The Great Northern delivers another month of amazing talent and unrivalled atmosphere.