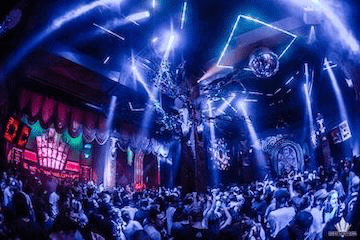 by ihouseuadmin
0 comments
Forward-thinking San Francisco venue continues to impress with another month of credible programming, playing host to even more key players in underground electronic music…
The Great Northern, San Francisco clubbing’s hidden gem, has announced another month of stellar line ups; Dee Montero, Weiss, Illyus & Barrientos, YokoO, Rob Garza, Atish, Magda, Hercules & Love Affair and Kerri Chandler are just some of the names gracing the turntables across a jam-packed June calendar. This month also sees the summer debut of the ‘It’s a New Day’ block party as well as ‘Pink Block’, the block party celebrating Pride. With its versatile music policy and uncompromising approach to quality, The Great Northern has developed into a world class clubbing experience attracting San Fran’s most savvy and sophisticated clubbers. Tickets for all events are available from www.thegreatnorthernsf.com.
Since launching in September 2016, The Great Northern has brought some of the world’s most respected DJs to the west coast, to enjoy its stunning art deco design (with 30 ft ceilings), aerialists, custom LEDs, projection mapping and incredible 80,000w custom-built VOID Acoustic soundsystem. The last 3-months alone have seen Âme, Adriatique, Dusky, Guy J B2B Nick Warren, Rodriguez Jr, Sam Gellaitry, Eats Everything, Butch, Audiojack, ANNA, Pig & Dan and many more, rock one of San Fran’s biggest clubbing spaces (cap 700).
The opening weekend of June saw Ibiza resident and SF favourite, Dee Montero headline as Disco Space Shuttle presented ‘Stardust’; the next episode of their ethereally inspired event series. Equipped with over two decades of experience in electronic music and releases on renowned imprints such as Diynamic, Selador, Knee Deep In Sound and Anjunadeep, Dee Montero delivered a night of quality grooves to a packed out and appreciative dancefloor, ably supported by Tōsh and DAVIAN.
June 7th sees SET return with Weiss and illyus & Barrientos. Toolroom favourite, Weiss, is widely regarded as one of the hottest properties in house music with his emotive piano-led, feel-good anthem ‘Feel My Needs’ hailed by many as last year’s biggest track.
Illyus & Barrientos make the perfect accomplices for Weiss in terms of musicality, with their work frequently championed by the likes of Defected, Glasgow Underground, Kitball and many others. They are joined by Dirtybird’s own, Late Eighties, n808 and Willaa.

On June 8th, All Day I Dream regular, YokoO graces The Great Northern, bringing his uniquely deep and seductive house sound and a genuine love for the dancefloor. YokoO knows how to build a set to keep it going way past sunrise. On&On have also invited Mark Slee & Makes Me Move to support on the night.
June 9th welcomes the debut summer edition of the renowned ‘It’s A New Day’ block party series. Spread across three blocks outside The Great Northern, the cool and the colourful will party through them day with six stages of music from respected brands; A Club Called Rhonda, Disco Knights, DISTRIKT, SET and Up All Night, and top level DJ skills from; Rob Garza (Thievery Corporation), Atish, Magda, Mike Servito, Psychemagik, Newman, Enamour, GODDOLLARS & Paradise, and SONNS, as well as key figures in the San Francisco electronic music scene, such as David Harness, Anthony Mansfield, DJ M3, Shiny Objects and more. Block party club culture is on the rise with ‘It’s A New Day’ leading the way.
On June 13th, things get jazzy as Smokin Beats & Smoked Out Soul Present LowDown Brass Band. Combining the poetic ferocity of Billa Camp with stellar vocal harmonies and adventurous improvisation, while June 14th sees an Alice in Wonderland themed party, as Down The Rabbit Hole bring Kalya Scintilla, AnTenNae & Soohan to The Great Northern. Expect a wondrous, psychedelic adventure filled with surreal surprises and cosmic grooves. Rounding off three days of diverse sounds, Jeno, Thomas, Garth & Markie take over The Great Northern on June 15th to celebrate 28 years of the legendary Wicked Sound System, one of San Fran’s original and most beloved all-nighters.
June 29th sees Polyglamorous step up for Pride with Pink Block, a huge block party for a diverse and welcoming crowd, with multiple stages, tons of talent, art installations, food trucks, and a chance for everyone to come together and celebrate the LGBTQ community. Keeping the party running day and night are; Poolside, Hercules & Love Affair, Analog Soul, Trax Only, Jackie House, Juanita More, Carlos Souffront and many more.
June 30th rounds off another unrivalled month of music and events at The Great Northern with the first annual Mighty Real poolside Pride AFTER PARTY, featuring special guest,. Kerri Chandler. Kerri is a hugely respected and influential artist and has been a cornerstone in house music for many years; it’s a real treat to welcome him to the decks. He’s joined by resident David Harness with support from Homero Espinosa, Go BANG!’s Steve Fabus and Sergio Fedasz.
Once again, The Great Northern underlines its credentials as the club any discerning fan of electronic music needs to put on their must-visit list.