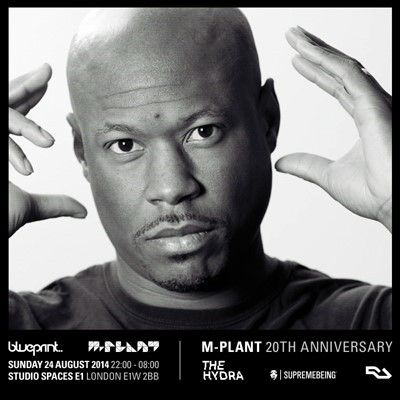 For this very special collaborative showcase, Robert Hood will be celebrating 20 years of his M-Plant imprint alongside Blueprint (and M-Plant) staples James Ruskin and Mark Broom, with a very bespoke Live / DJ set created especially to commemorate this milestone.