The Ibiza Opening Parties to not miss this season! 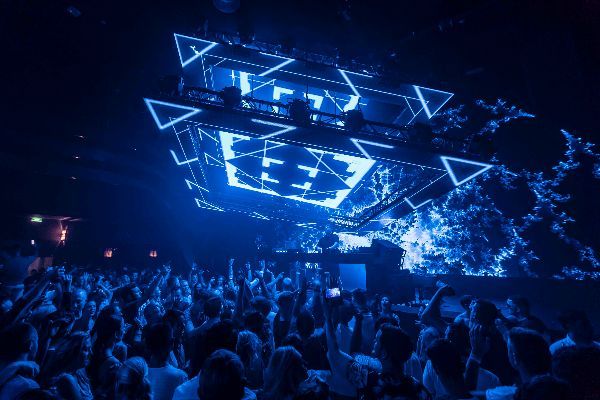 The Ibiza Opening Parties to not miss this season!

Odyssey at Ushuaïa And Hï Ibiza
18 May
Tickets

Odyssey is brand new 24-hour opening party concept taking place at Ushuaïa and Hï Ibiza on 18 May from midday on Saturday 18 May to midday on Sunday 19 May. This will be the first time two Ibiza superclubs have come together to throw an unforgettable 24-hour, outdoor-indoor opening extravaganza and have brought together a world-class roster of some of the most sought after underground acts to celebrate. These include Tale Of Us, Stephan Bodzin (live) Paul Kalkbrenner (live), Peggy Gou, Denis Horvat, Anni and Reznik at Ushuaïa and Tale Of Us, Richie Hawtin, Damian Lazarus, Adriatique and Adam Port, Chris Liebing, FJAAK, Mathew Jonson (live), Andrea Oliva, ANNA and Kevin de Vries at the second installment at Hï Ibiza. All these acts will provide the perfect soundtrack for an unforgettable opening, keeping the dancefloor moving from midday Saturday right through until midday on Sunday.

Black Coffee has fast become synonymous with cutting edge cool, forward-thinking curation and over the past two years, some of the most stand-out moments Ibiza has seen. Expect complete immersion in the tribal sophistication, spiritual splendour and scintillating performances from internationally renowned Ibiza regulars, underground stars and special guests at the opening of what is set to be one of the most talked about residencies of the summer.

With a heavyweight line-up of the freshest disco talent and classic house heroes yet to be announced, Glitterbox will take over Hï Ibiza every Sunday with 2019’s crew of ferocious drag queens, dancers and performers, bringing the latest anthems from the label to life on the dancefloor. With its immersive, uplifting confetti moments, all-inclusive crowd and soundtrack of nu-disco, classic house and fresh vocal sounds, Glitterbox at Hï Ibiza is synonymous with unforgettable moments and the most spectacular production – a truly 21st-century disco. Don’t miss the season-opening party on Sunday 26 May.

F*** Me I’m Famous! was created by Cathy and David Guetta and is without a doubt one most talked about events in the world and will be hosted at Hï Ibiza for this first time this season. Often selling out within hours of being on sale, the party has become an Ibiza institution. Known for its unbeatable feel-good atmosphere, incredible production, fierce dancers, unrivalled VIP glamour, and of course the world’s biggest DJ’s in the booth each week, F*** Me I’m Famous! is a force to be reckoned with. One of the island’s most coveted parties, F*** Me I’m Famous! has also become synonymous with sunrise appearances from some of the world’s biggest stars with whom David Guetta has collaborated with.

If trance is your jam, then make sure you don’t miss the grand opening of Armin van Buuren’s Hï Ibiza’s residency on 12 June. Having packed out the club for the last two summers with awe-inspiring sets championing the genre’s past, present and future, Armin van Buuren is back and will raise the bar even higher for 2019. He will be joined by Dutch house heroes Sunnery James & Ryan Marciano who will be sure to keep the dancefloor bouncing all night long.

BODYWORKS, a groundbreaking new residency for 2019 will make its Ibiza debut on 25 June. Bringing three giants of the underground together in CamelPhat, Solardo and FISHER, Bodyworks will take you on a journey where you get lost in the moment and become one with the masses.

Bodyworks promises an incredible musical journey towards oneness from the night to the morning,  like cogs moving seamlessly together in a machine. Where the beats of the DJs and the drumbeat power the dancefloor as bodies move together as one and the crowd converges to one rhythm.

The Night League is proud to announce that Ale Zuber's hip-hop and reggaeton party RICHBITCH finds a new home at Hï Ibiza this season. Returning to Ibiza for a sizzling fourth season, the party with the most rhythm on the island will take over Monday nights at the award-winning Hï Ibiza. Adding some heat to proceedings and continuing to shake up the island's electronic roots by bringing the sounds of hip-hop, R&B, reggaeton, trap and moombahton to the shores of the White Isle, the opening for RICHBITCH will be raising temperatures on Monday 15 July.