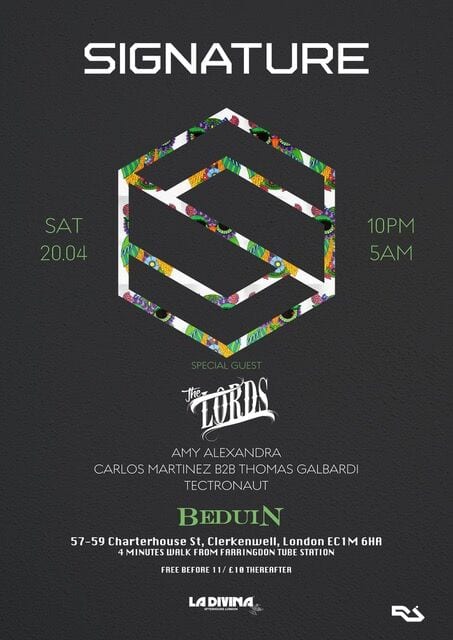 After much anticipation, Romaan and Tony Cortez have finally announced their debut performance as their newly formed DJ and Production duo ‘The Lords’. Both DJs are well-known in their respective careers but together they bring a combined total of 15 years experience and a unique innovative French touch to the London scene.

You can find the Lords playing a special guest set at one of the capital’s best homegrown events, Signature. Amy Alexandra, Carlos Martinez, Thomas Galbardi and Tectronaut will join the Lords at this 8-hour party from 10pm until 5am. If you are yet to plan your weekend activities for the 20th of April, be sure you make your way down to Beduin in Clerkenwell to catch The Lords debut performance.

Tickets for the event are free before 11pm and £10 afterwards; you can keep up to will all of the current information about the event on the Facebook link below. Tickets are also available to purchase through Resident Advisor prior to the 20th.

In the meantime, check out The Lords’ Mixcloud channel to see what you can expect – www.mixcloud.com/TheLords