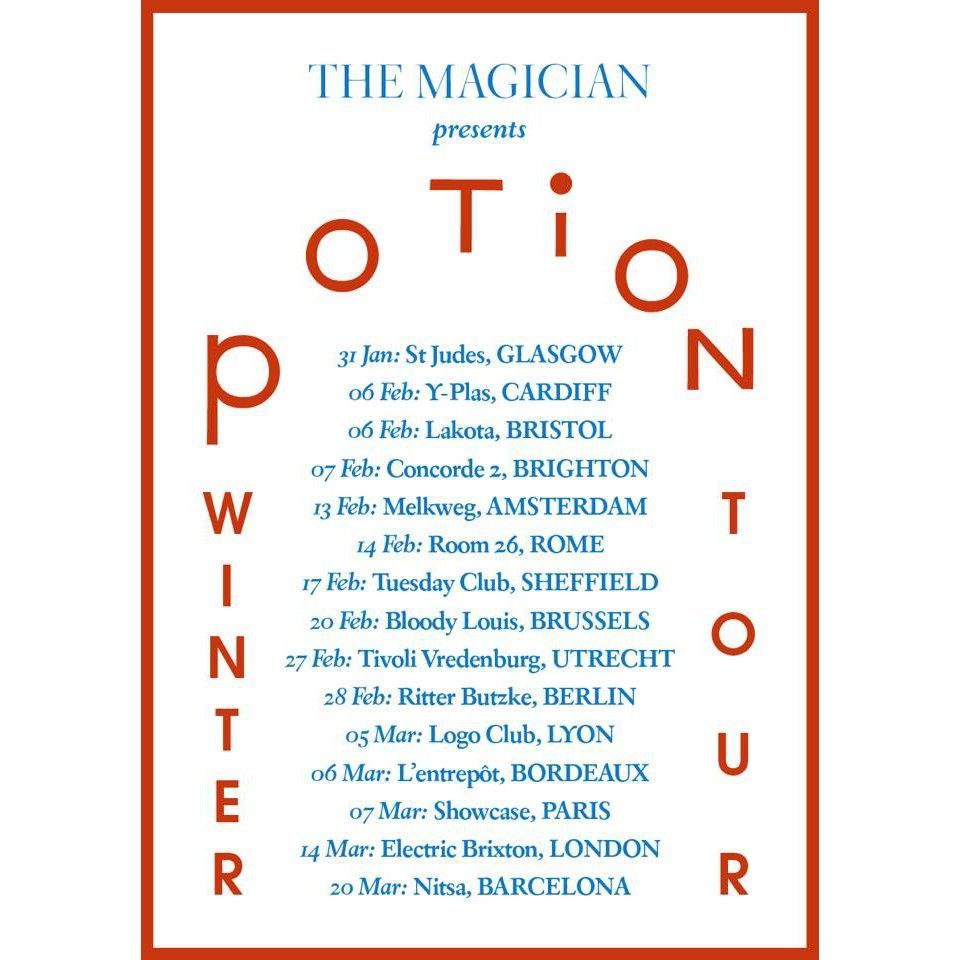 Fresh from staking his claim on the UK singles charts with top 10 hit Sunlight (featuring Years & Years), production maestro The Magician is seeing out 2014 with the announcement of his European POTION Winter Tour in 2015.

Kicking off on the 31st Jan in Glasgow, the tour will see The Magician hit the road on a fifteen-date stint, this time expanding his POTION event to even more cities across Europe following on from the success of the sell-out launch events earlier this year in London, Barcelona, and Paris.

The tour is a chance for The Magician to cherry pick some of the DJs and producers he has showcased on his influential MAGIC TAPE series. Previous line-ups have included the freshest talent with the likes of Karma Kid, Blonde, TCTS, Watermat, and Wilfred Giroux all joining him behind the decks.

The Magician said: “I’m super excited to be bringing the POTION parties to a wider audience this winter.  Expect some amazing sets from some of the hottest dance talent around. We are planning to announce the line ups soon so watch this space!”

With his ability to continually identify and break the artists of tomorrow, the time is right for The Magician to bring his sun-kissed sound to dance floors across Europe, injecting a much needed dose of Sunlight in the cold winter months.