LTO - The Number From Which All Things Come 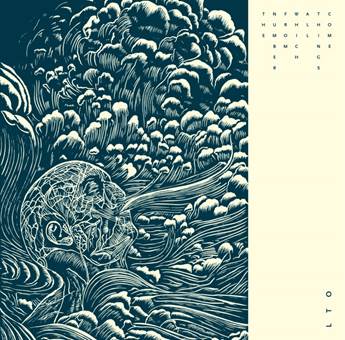 LTO - The Number From Which All Things Come

Following critical acclaim for last year’s ‘No Pasa Nada EP’,  Bristol based musician/producer and member of the Old Apparatus Collective LTO releases his debut album ’The Number From Which All Things Come’ on July 8th via Sullen Tone.

Although not a concept album per-se, the title refers to the numerology of the number 10. The ancient Roman occult writer Agrippa attributed the number to a sense of totality and end achievement. 10 was described by Agrippa as a complete figure marking the full course of life.

This ‘life’ is what LTO has been growing unhurriedly for the past decade – a prolonged period of development and care that’s clearly audible in its depth and advanced level of craft. ‘The Number From Which All Things Come’ contains certain tracks that were started in the recent past whilst early sketches of others began a decade back, at points utilising ideas initially developed with Old Apparatus.

Sounding depilated yet futuristic, natural yet otherworldly, this sonically masterful album shines with a subterranean, baroque beauty. Unlike lots of electronic music, you don’t hear the grid-based basicness of a sequencer or workstation; the album sounds grown and alive, or 3D like a bricolage sculpture made of disparate materials, but aesthetically stunning and coherent.

Signposts are within, from euphoric trance, 90s IDM, jungle, to grime but are grown over, partially obscured and entangled within LTO’s creation, which glistens, rumbles, clanks and creaks in all the right places.

Utilising hardware, software, real instruments and found sounds, just a few elements included are the sound of an old MIDI controller’s sliding faders, the Berlin subway, degraded modular synths, a trampoline, a traditional Celtic Bodhran, the 2012 Olympics construction site, a trumpet, the strings of a
dilapidated piano and an 808 beat augmented with crumpling paper.

Also noteworthy are LTO’s unique and heavily-treated vocals, which range from chanting robotic voices to chopped up syllables and give certain tracks a Radiohead-like quality.

At times dissonant but never distressing, these various textures either fuse or jar in a way that’s turbulent whilst oddly also harmonious and pleasing to the ear. But the intricate contents and combinations always work, maintaining a beautifully-mixed clarity.