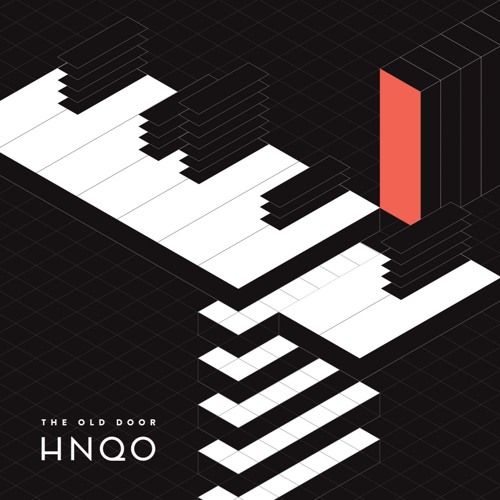 Henrique Oliveira aka HNQO, is the man responsible for this exciting full album release on DOC Records. HNQO is one of the fastest rising young stars in the techno, house and indie dance scene in Brazil. Causing much attention and hype with his recent EP release on DOC Records (Balinese Death – also featured in MAGNUM VOL 1) and having reached the#1 spot at Hot Creations Top selling single, it is time to introduce his first album "The Old Door", (influenced by Martin Stimming and Anders Trentemøller, two of his heroes). A weird string sound marks the opening of "The OId Door".

By mixing old sounds with new ideas, while recording different instruments, the track shows HNQO’s life and it features Urzula Amen in the vocals. "The Death of the Elephant” is a soundtrack to remind us how destructive human kind has been to the nature. Using sounds of Pizzicato Violin, "40s Cartoon” continues to take us to a journey through the artist’s imagination.The album is filled with Henrique's life moments during the year it took to produce the album. For an example in "Egyptian Lover" HNQO describes how nice it would have been to have a lover flying overnight. On this track Russian singer Cotry interprets the lyrics."Fallen Angel" is a dramatic piece telling a story still about flying. "If" is another collaboration with the amazing Urzula Amen.

As we get closer to the end, when it's finally time, “Light a Cigarette” reaches a melancholic state where all melodies were recorded with eyes shut and in complete darkness. A spiritual moment that became Henrique’s favourite track of this project. The scratch of a match, the flame and then a foggy synth that releases all the feelings in sound waves. The album cover was inspired on a door.

A door that HNQO was able to enter by playing certain keys on his synths, percussions and strings that allowed him to reach an organic level while making it all a bit more human in terms of groove construction. A poem from Rai Knight was the perfect fit to give the density for the digital bonus track.

To get a better feel of what this album has to say, HNQO invites you to open “The Old Door”.
Artist: HNQO
Title: The Old Door
Label: D.O.C Records
Catalogue Number: DOC023