The Social adds Four Tet and No Artificial Colours 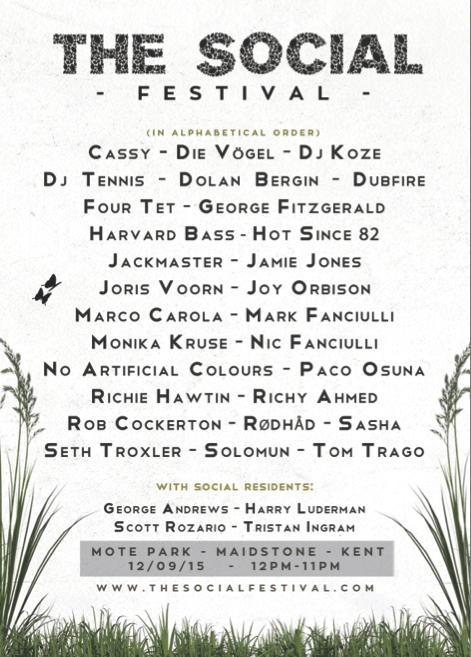 The Social adds Four Tet and No Artificial Colours

Having already released a solid line-up of house and techno acts that include Richie Hawtin, Marco Carola, Seth Troxler, Jamie Jones, Dubfire, Sasha and many more, The Social has now added Four Tet and No Artificial Colours to their 2015 edition.

Highly regarded for his eclectic tastes and ability to fuse contrasting genres – soon to be demonstrated via his upcoming Morning/Evening LP – Four Tet’s debut performance at The Social looks set to be captivating and memorable.

Also joining the bill is London duo No Artificial Colours, who have enjoyed recent successes on Kerri Chandler’s Madtech and the mighty PMR. Also recently launching their Night Colours event series, the pairs infectious take on house is an ideal addition to this years The Social.

With limited 2nd tier tickets remaining and with further acts still to be announced, The Social remains on course to close the 2015 festival season in spectacular fashion.