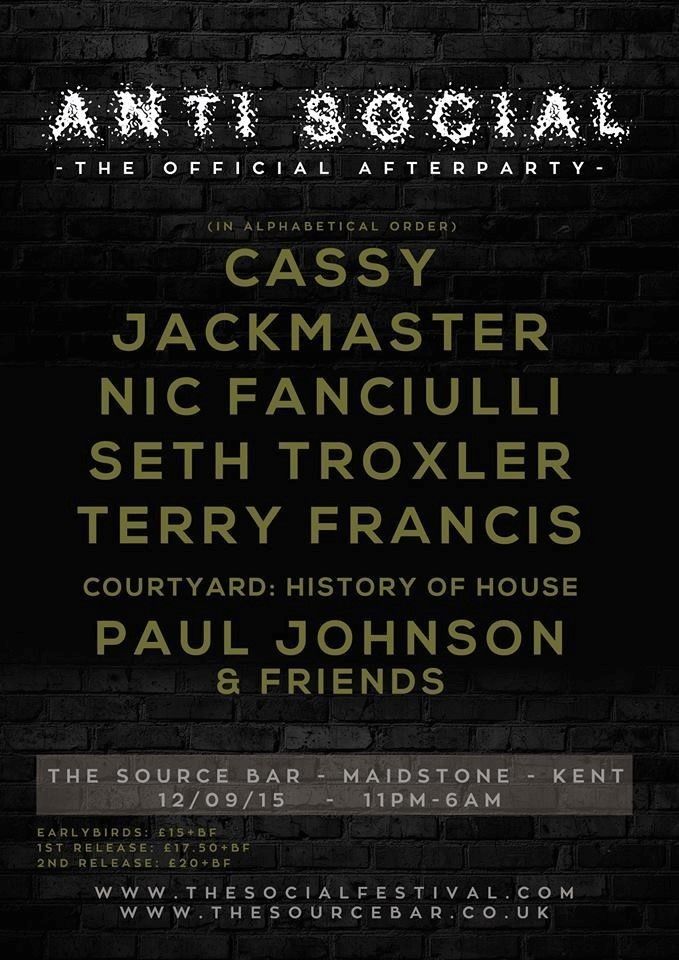 The Social festival returns with another stellar After Party for 2015, and has announced the line-up for a one of a kind street party at The Source Bar, Maidstone. Welcoming a range of names from the festival line-up including house and techno favourites Cassy, Jackmaster, Nic Fanciulli and Seth Troxler – plus an extra special guest to be announced – Anti Social will also see sets from Fabric’s longest serving resident DJ Terry Francis as well as a ‘history of house’ courtyard takeover hosted by Paul Johnson and friends.

Set to run from 11pm to 6am and located just a fifteen-minute walk from the festival site, Anti Social will deliver an evening of uncompromising party vibes to 1,000 revelers in Maidstone’s leading bar and nightclub. With only 300 earlybird tickets available for  £15, be sure to act fast in order to close the summer season in style – and celebrate into the early hours.