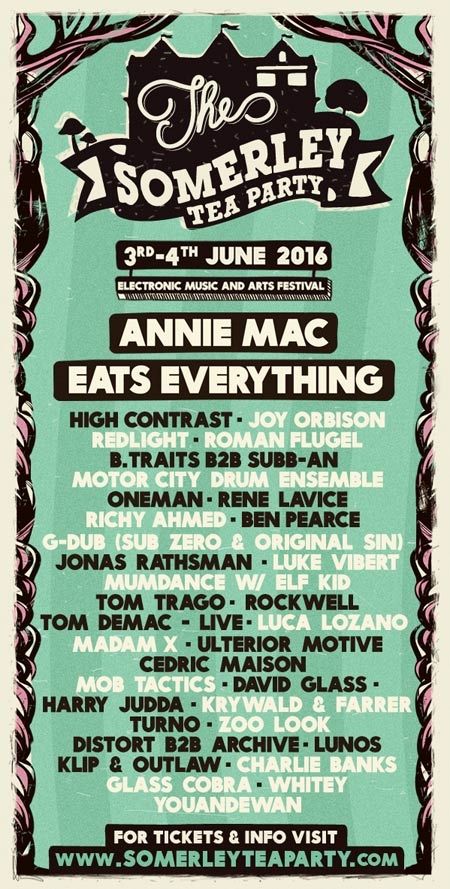 2016 – The Somerley Tea Party is back for its third year, set in the magical surroundings ofSomerley Estate in The New Forest. Over the past two years we have brought some of the most respected underground DJ’s and producers from across the globe to our beautiful abode, and our 3rd installment will be no exception.

This year STP will be a two-day event with the addition of camping. Forget making the journey home after a long day of partying, unwind at the campsite with a brew, some quality food and stay the night.

We will open our gates on Friday June 3rd. Consider Friday as foreplay for the Saturday, something that can’t be missed! Double the music, double the production, a hedonist's paradise and a party vibe like no other.