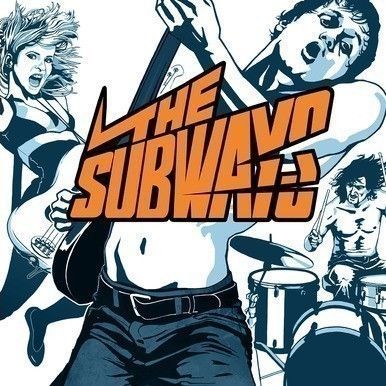 The Subways are pleased to announce the release of their fourth studio album “The Subways“ on the 9th February 2015. The band also announce a full UK headline tour in March 2015.

With a 23 date UK October tour already close to sell out, next year’s UK dates are part of a full 40 date European tour, across 16 countries, for February/March/April 2015, with even more dates planned to run into summer 2015 festival season.

The new album is to be released on YFE Records/ Cooking Vinyl with a fan pre-order via PledgeMusic or iTunes available from 9am GMT on Friday 19th September 2014. Pre-ordering the new album will get you immediate access to the first 6 tracks (Part 1) of the album. Pre-ordering will also get access to exclusive updates from the band via their PledgeMusic members area over the album campaign. There will also be Limited edition and exclusive signed items, bundles and merchandise items available on PledgeMusic. http://po.st/TheSubwaysPledge

Following on from the bands last studio release – “Money And Celebrity“ – in September 2011, the new album is set to be big in sound and energy. A full on rock record with the hooks The Subways have become famous for. The album also marks a new phase for the band. Having previously worked with legendary producers on their first three albums (Stephen Street, Butch Vig and Ian Broudie), lead singer, Billy Lunn has taken on full engineering, production and mixing responsibility for the upcoming album. The album will not be over-thought or over produced… just direct and exciting to listen to, capturing the essence of the bands live shows.

In addition to the a fan pre-order via PledgeMusic or iTunes, the 19th September will also see the release of a new video for new single ‘I’m In Love And It’s Burning In My Soul’ created by Steven Mertens, a director and animator based in Los Angeles. Employing the “multi-plane” method first developed by Walt Disney Studios in the 1930’s, Steven creates fantastic worlds and abstract stories from cut out paper. http://po.st/SubwaysInLoveYT

The album campaign artwork has been designed in Budapest by artist Zash Ore. The extremely talented graphic designer has drawn/ penned a comic art story, in collaboration with the band, to go alongside the album release. Part 1 will be revealed with the initial pre-order release, with Part 2 (the stories conclusion) appearing in Feb 2015 (alongside the main album release).

Billy, Charlotte & Josh reach their 4th album firing on all cylinders. Still only in their twenties they have built a hardcore international following. Massive facebook stats and far reaching touring schedules a testament to how far they have come and the amount of work they have put in over the last 10 years.

March 2015 UK dates are just announced and are priced £13 (apart from Birmingham and Manchester £14 and London £15). Tickets will be available as part of bundles with the part 1 album presale on 19th September through PledgeMusic.