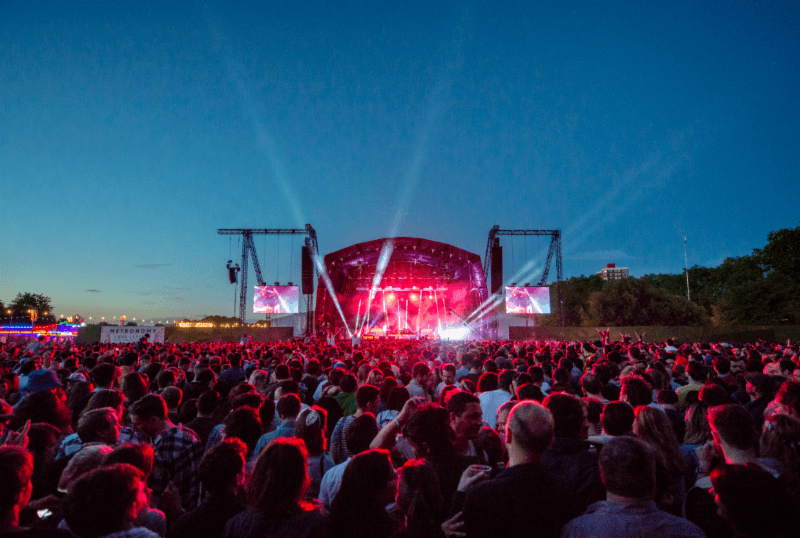 The ninth edition of Field Day will be held at Victoria Park, in the heart of East London on Saturday 6th and Sunday 7th June.

Field Day are delighted to reveal the new line up additions that will be joining the likes of Caribou, FKA Twigs, Django Django , Run The Jewels, Hudson Mohawke, Chet Faker and Nina Kraviz on the Field Day Saturday 6th June bill.

The supremely talented Rae Morris to Field Day 2015 will also be joining. Her stunning and critically acclaimed debut album ‘Unguarded’, released last month, has already garnered huge support across the industry, fans and press, making her one of the most relevant, exciting new artists to come out of the UK right now.

Meanwhile, We Are Shining, the British duo who have been in the studio with Kanye, collaborated with FKA Twigs and specialise in apocalyptic atmosphere with foreboding vocals, big beats and frantic electric guitar solos have also been confirmed, alongside hotly-tipped electronic band Hælos with their breathtaking vocal harmonies, and the brilliant radical funkateer Clarence Clarity, a kind of funky Ariel Pink.

Already a Field Day tradition, the festival welcome back the Farnborough Concert Band, who will be once again entertaining the Field Day crowds with their exceptional take on anything from Britney Spears to Adele and our very own Patti Smith! The brilliant Hackney Colliery Band, with their tongue-in-cheek nod to the great tradition of British brass bands, are also on board again, mixing rock, afro-beat, hip hop, Balkan beats and contemporary jazz and soul…we absolutely cannot wait to have these two great brass bands at Field Day again!

After confirming Gaz Coombes, the exuberant frontman of the boundlessly imaginative Brit-pop band Supergrass, last week, we are thrilled to announce more exciting additions to the Field Day Sunday line up, which so far includes newly reformed seminal shoe-gazers RIDE as headliners, as well as the iconic Patti Smith & her band (performing her 1975 groundbreaking album Horses), Savages, Mac DeMarco and many more.

Leeds punk quintet Eagulls have become synonymous with a discontented, disillusioned kind of anger reflected in their brilliant self-titled critically acclaimed 2014 debut album as well as their chaotic and confrontational live shows, going from early support slots with the likes of Iceage and Fucked up to Jesus and The Mary Chain, Suede, Manic Street Preachers, as well as extensive tours in their own right. We are very excited to have them at Field Day this year!

Also confirmed for Field Day Sunday are Washington DC power trio Ex Hex, who make bold and brash punk meets glam rock, power pop; enigmatic London duo Pale, who have been attracting global attention for their seductive melancholic sound, as well as Liverpudlian band Gulf, creators of a melting pot of pop, psychedelia, disco and anything in between.