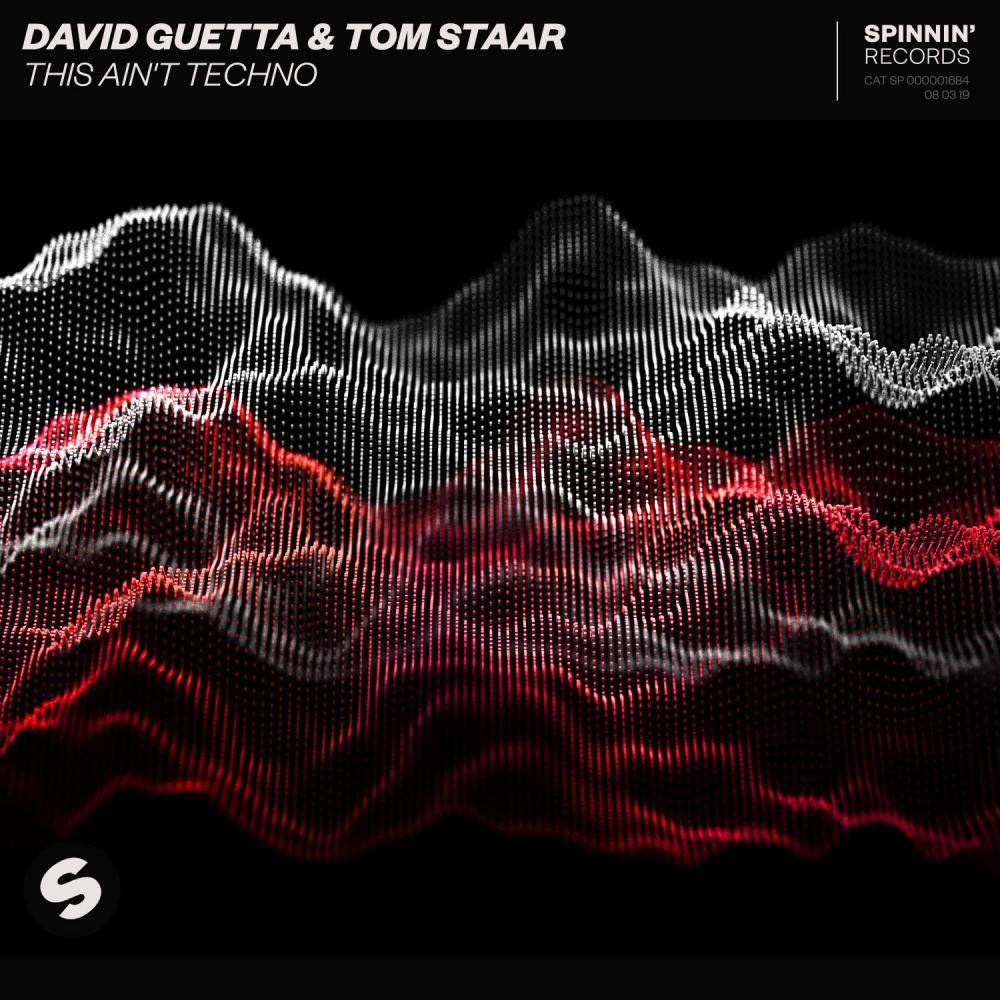 Following his recent worldwide hit 'Better When You're Gone', superstar DJ/producer David Guetta returns to the clubs, collaborating with one of the consensus best producers in house music Tom Staar. 'This Ain't Techno' breathes the same vibe as explored on Guetta's 2018 album '7', working up similar blazing tech house groove with the slamming sonics of the big room. Out now on Spinnin' Records.

Don't let the title fool you, of course this record has a big chunk of techno in it. From his early days, worldwide acknowledged DJ/producer David Guetta has had a knack taking inspiration from the deeper sounds of house and techno in both his sets and productions. This was recently underlined by new music from his Jack Back alias, including the popular techno track 'Overtone', released on Spinnin' Records.

In keeping with his legend status, the Frenchman continues to keep his finger to the pulse of the ever changing scene and has hit the studio with arguably the number 1 ‘producers producer’ Tom Staar. Renowned for his countless hit records, including his infamous collaborations with Kryder for the popular Groove Cartel project, he's known for a rolling rhythmic sound that touches on the groove of tech house but the energy and euphoria of techno and progressive, perfectly illustrated on the ironically titled 'This Ain’t Techno’
The result is a mesmerizing club tune, leaning heavily on hypnotizing bass chords, energetic vocals and swirling sound effects, making sure this will ignite dancefloors everywhere, from sweaty clubs to the biggest festival main stages.