Seth Troxler - This Is Then – Finally Physical 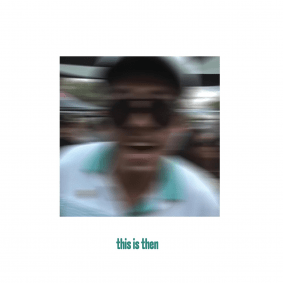 Seth Troxler - This Is Then – Finally Physical

The inimitable Seth Troxler is next up on his own influential label with something of a milestone release: His ‘Finally Physical EP’ is a precursor to a compilation album, ‘This Is Then’, due in May this year.

‘This Is Then’ will be a typically unique celebration of Seth’s 10 years as a major force in the Europe underground scene. It will draw a line in the sand on the first part of the Michigan born artist’s recording career before he embarks on the next chapter. This preceding EP features four productions that were never properly released and they serve as a taster to the forthcoming compilation, with two originals and two remixes, one of which comes under Seth’s lesser used alias, Thrill Cosby.

This is a deeply personal project for Seth and comes at an exciting juncture in his musical journey, as he says himself “I am about to embark on a new musical phase of my career and I wanted to make a retrospective of what's already happened whilst pointing to what's next. I'm so proud of the seminal tracks I’ve released to date, but I am very much looking forward to the new musical projects that will spawn act two in this play we call life."

Up first is the brilliant ‘Blackclap’, which was used by Audion on his fabric mix in 2006. It’s a twisted techno bumper with hiccuping synths and skewed pads bleeding out from a tightly programmed drum line. Warm chord smears bring a sense of soul to the druggy groove and ensure this one will work as well in an intimate club as it would on a larger stage. The deliciously dark ‘Aggression’ is a freaky late-night cut with minimal drums and alien lifeforms scurrying all over. It’s trippy and otherworldy, with a rubbery groove carrying you deeper down the rabbit hole through a wonderfully weird spectrum of sound.

On the flip is a Thrill Cosby remix of Heartthrob’s ‘Signs’ which Seth included on his Boogybytes mix from 2010. A pressure cooker of white noise, whispers, synth drones and tension building sequences it eventually breaks into a supple and slippery groove that makes you want to pop your body. Last but not least is the skeletal techno funk of Stefan Tretau’s ‘Chittagong’ (Seth Troxler Jack Moves Remix). It’s synthetic and abstract, with watery droplets and coarse claps wrapping round the restless drum line.

Inventive and original throughout, these four blistering tracks prove Seth Troxler has always had his own unique studio sound and serve as a great teaser for the upcoming compilation.