Australian producer Throttle is back on Monstercat after 6 long years with his new single “Dreamer,” and believe us when we say it was worth the wait. “Dreamer” signifies everything that transformed Throttle from a young bedroom producer into an electronic music prodigy in the span of a few short years; it evokes an ethereal and synthesized feeling not unlike some of Porter Robinson’s work while still delivering plenty of dancefloor-friendly energy and hopeful lyrics. “Dreamer” is a feel-good track with depth and sophistication, and an overall triumphant return for Throttle as he starts this next chapter with Monstercat. Check out what Throttle had to say about the new release below:

“‘Dreamer‘ is the start of a new chapter for me. It is about tearing down any creative walls I’ve built for myself and creating a full experience with my music. Monstercat is not only the most forward-thinking label in the industry but were the first to believe in me when I was a 14-year-old bedroom producer. I couldn’t think of a better partner to have alongside me for this new project.” – Throttle

collaborating with the likes of Galantis and Oliver Heldens, officially remixing Ed Sheeran and performing at Tomorrowland all before your 21st birthday; while a dream for most, this was the reality for Throttle. After cultivating a unique blend of organic and electronic sounds featured in his popular singles “Hit the Road Jack” (which was used in the official trailer for Ocean’s 8) and “Tell Me You Love Me,” Throttle’s music has found homes on notable labels including PRMD, Spinnin’ Records, Warner Music, and Universal. He has put his signature touch on remixes for Avicii, Armin Van Buuren, Earth Wind & Fire, Ed Sheeran, Snakehips and more and has production credits for Sabrina Claudio, David Guetta & Martin Garrix. Throttle has gained a loyal following, with 200 million streams each month on Spotify and fans that show up for his sets around the globe, including Tomorrowland, Sziget, EDC Las Vegas and more. “Dreamer” brings Throttle back into the spotlight, and we can’t wait to see what he comes up with next! 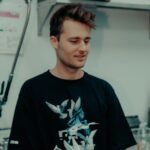