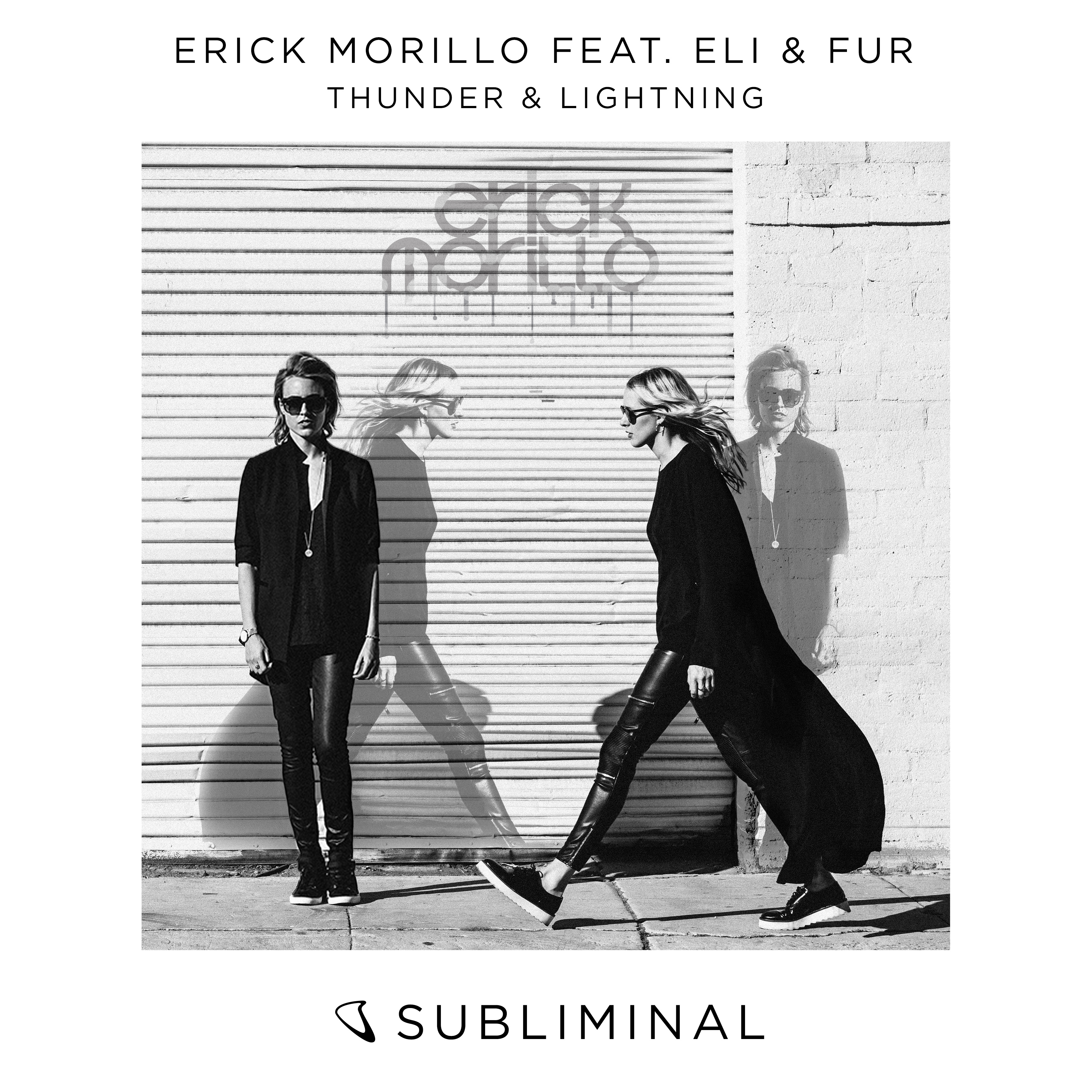 Stepping in a new musical direction, famed producer Erick Morillo teams up with the ladies of Eli & Fur on “Thunder & Lightning”, out now on Subliminal Records. A collaboration packed with personality and style, “Thunder & Lightning” kicks off with an ominous intro, building along seductive, distorted vocals and a dark and driving beat.

For over a decade, platinum-selling artist Erick Morillo has remained one of electronic music’s most in-demand and influential DJs and producers. Morillo, the producer behind Reel 2 Real’s hit single “I Like To Move It”, boasts a who’s who of names with his discography, from collaborations with Puff Daddy, Busta Rhymes, and Boy George to remixes for Madonna, The Crystal Method, Diana Ross, and more. With two full-length albums to his name and more than fifteen award nominations, the six-time DJ Awards winner shows no sign of slowing down, performing at renowned clubs and festivals across the globe such as Ultra Music Festival, Marquee and Pacha in New York and Ibiza, Space in Miami, and more. As the founder of Subliminal Records and its head honcho since the label’s inception in 1997, Morillo serves as the driving force behind the funk-infused, soulful house sound Subliminal Records has become synonymous with. Both Erick Morillo and his label Subliminal Records joined the ranks of Amsterdam-based record company Armada Music earlier this year.

Breaking onto the scene in 2012, duo Eli & Fur have been perfecting their sound, built around infectious melodies and seductive vocal lines that have been mesmerizing audiences from London to Los Angeles. A triple-threat of talented singers, producers, and DJs, the duo earned the nominations of “Best Newcomer” and “Best Producer” at the 2015 DJ Awards and Bass Music Awards. Following their single “Your Eyes”, a key release that gained praise from both Pete Tong and Annie Mac of BBC Radio 1, the duo have released on Anjunadeep and performed at Creamfields, Outside Lands, Glastonbury, and more.