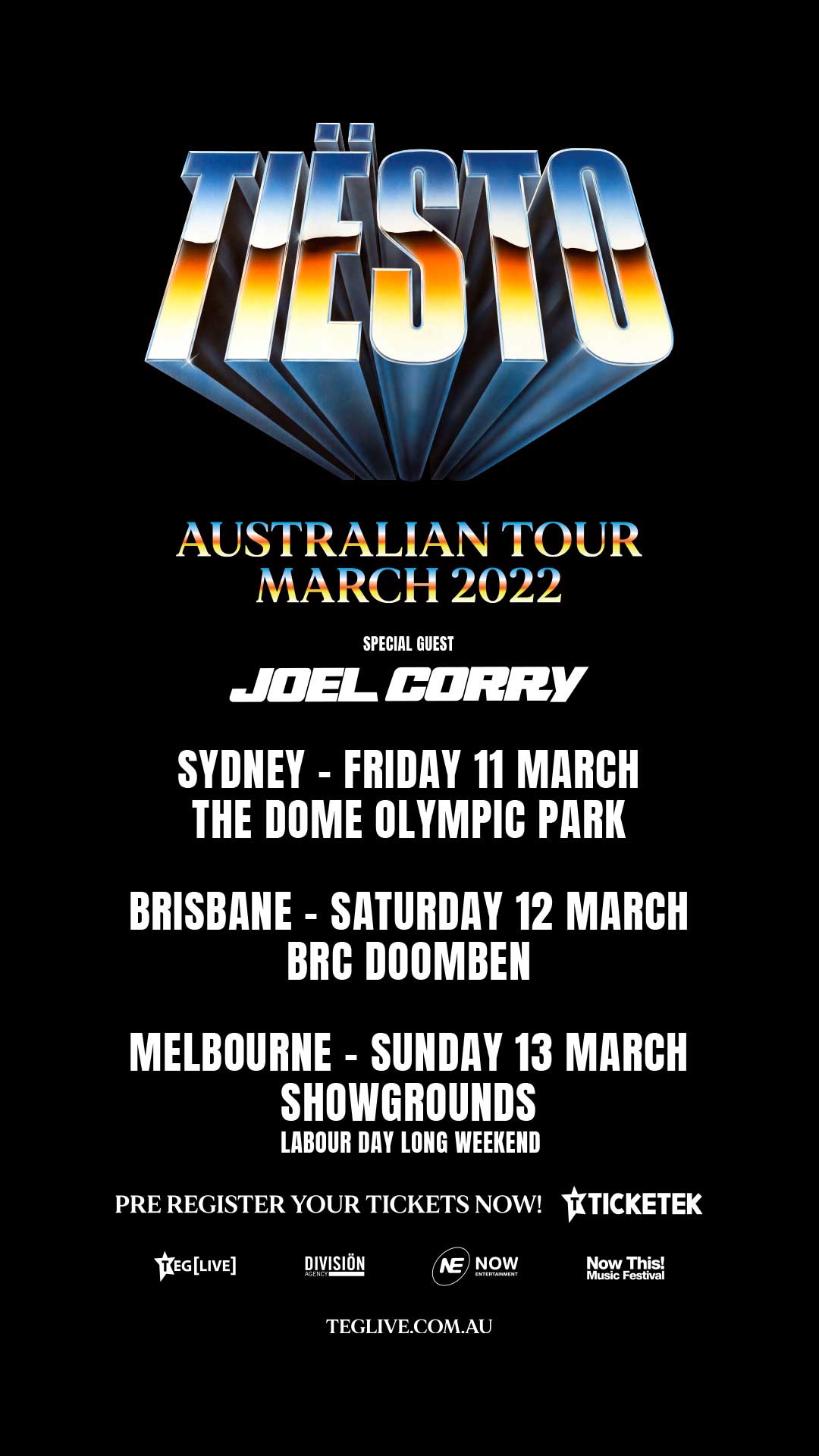 Grammy® Award-winning Artist, Global icon and ‘The Greatest DJ of All Time’ Tiësto, returns to Australia for a massive headline tour in March 2022! Always a favourite to Aussie shores, it will be Tiësto’s first time back down under since 2018. Joining Tiësto on this tour will be his good friend and one of the most successful young DJ/Producers over the last few years: Joel Corry. The tour will commence on Friday 11 March at The Dome Olympic Park, Sydney before heading to Brisbane’s BRC Doomben on Saturday 12 March and finishing at Melbourne Showgrounds on Sunday 13 March.

The production and staging of Tiësto’s Australian tour will be second to none and will showcase a spectacular visual and lighting show. Tickets go on sale at 10am (local time), Monday 15 November at Ticketek.

For Tickets, go to: www.ticketek.com.au 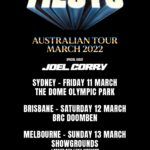