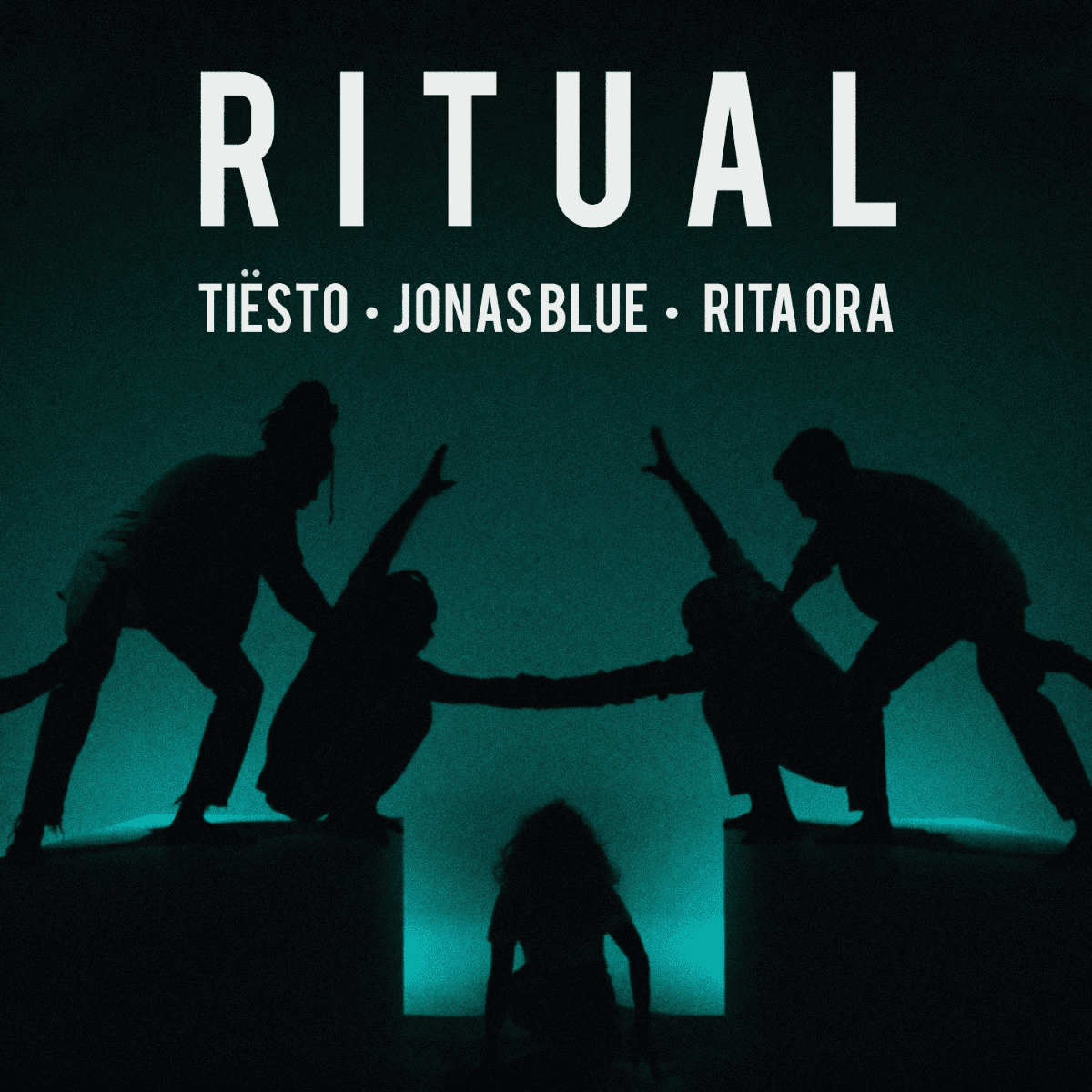 GRAMMY® Award-winning, platinum-certified, international DJ and producer, Tiësto collaborates with pop powerhouse Jonas Blue and global superstar Rita Ora on the new song “Ritual”available everywhere now through Positiva/Virgin EMI.  With an irresistible beat and sultry lyrics, this first-time song collaboration for the three artists is just in time for this summer!

“Jonas Blue is such a talented artist and we have been looking for some time for the right project to collaborate on. He came to me with this great idea. I am always interested to explore new styles and was instantly excited to work together on this project, which has a new and unique soundscape compared to my other releases. And Rita’s vocals take the track to the next level!” – Tiësto

Tiësto continues to embrace new sounds and collaborations. This spring he released TOGETHER, a collection of dance track collaborations, on his independent label Musical Freedom featuring a variety of up-and-coming dance producers who he has been working with and helping to develop over the past couple of years. 2018 saw his last major release, “Jackie Chan,” with Dzeko, Preme and Post Malone, which has garnered more than 500 million streams and well over 165 million video views. The summer anthem was number 1 on Billboard’s Dance/Mix Show Airplay chart and was nominated for aBillboard Music Award.

About Tiësto
Tiësto is a GRAMMY® Award-winning, platinum-certified, international icon. The DJ and producer is the only artist to ever hold the titles of “The Greatest DJ of All Time” courtesy of Mixmag, “#1 DJ” according to Rolling Stone, and “The Godfather of EDM” as proclaimed by Billboard. From his high-profile residency at Hakkasan to his crossover success, Tiësto created the blueprint that defines what it means to be a success in today’s dance music world.

About Jonas Blue
In an era of slow-building careers, Jonas Blue is an anomaly. He has amassed an armoury of platinum-plated hits with the singles ‘Fast Car’, ‘Perfect Strangers’, ‘Mama’, ‘Rise’, ‘Polaroid’, the collaboration ‘Back & Forth’ and ‘What I Like About You’.  With almost 7.5 billion global streams and 40 million singles sales to date – certified platinum over 120 times around the world – the 5 x BRIT Award nominee has become a mainstage DJ, pop powerhouse and critically acclaimed songwriter.
Away from the charts, Jonas tours relentlessly around the world, making numerous festival appearances at the likes of Tomorrowland, We Are FSTVL, SW4 and Lollapalooza. Additionally, the hit-maker enjoyed a hugely successful Ibiza residency at superclub Hi throughout summer 2018 with additional Balearic performances at Ushuaia and Pacha. So much has changed for the man who was still making music in his dad’s garage until 2017, but his drive remains the same. Jonas could afford to sit back and take stock, but moving forward is what Jonas Blue is all about.

About Rita Ora
Rita Ora is an international critically acclaimed singer-songwriter with four #1 UK singles and holds the record for the most Top 10 singles for a British female artist in the UK in history with a total of 13. Her latest album Phoenix has amassed over 2 billion streams worldwide, spawned 3 platinum singles and includes “Lonely Together,” her collaboration with Avicii which won Best Dance VMA at the 2018 MTV Video Music Awards. In addition, her debut album, Ora, premiered at #1 on the UK charts and was certified platinum. Rita is also a multi-talented industry leader across TV, culture and fashion, with brand partnerships across key sectors. Recently, she announced her partnership with Conecuh Brands to launch Próspero Tequila and joined the team as their Chief Creative Partner. Her film credits include the Fifty Shades of Grey franchise, Fast & Furious, Southpaw and POKÉMON Detective Pikachu.