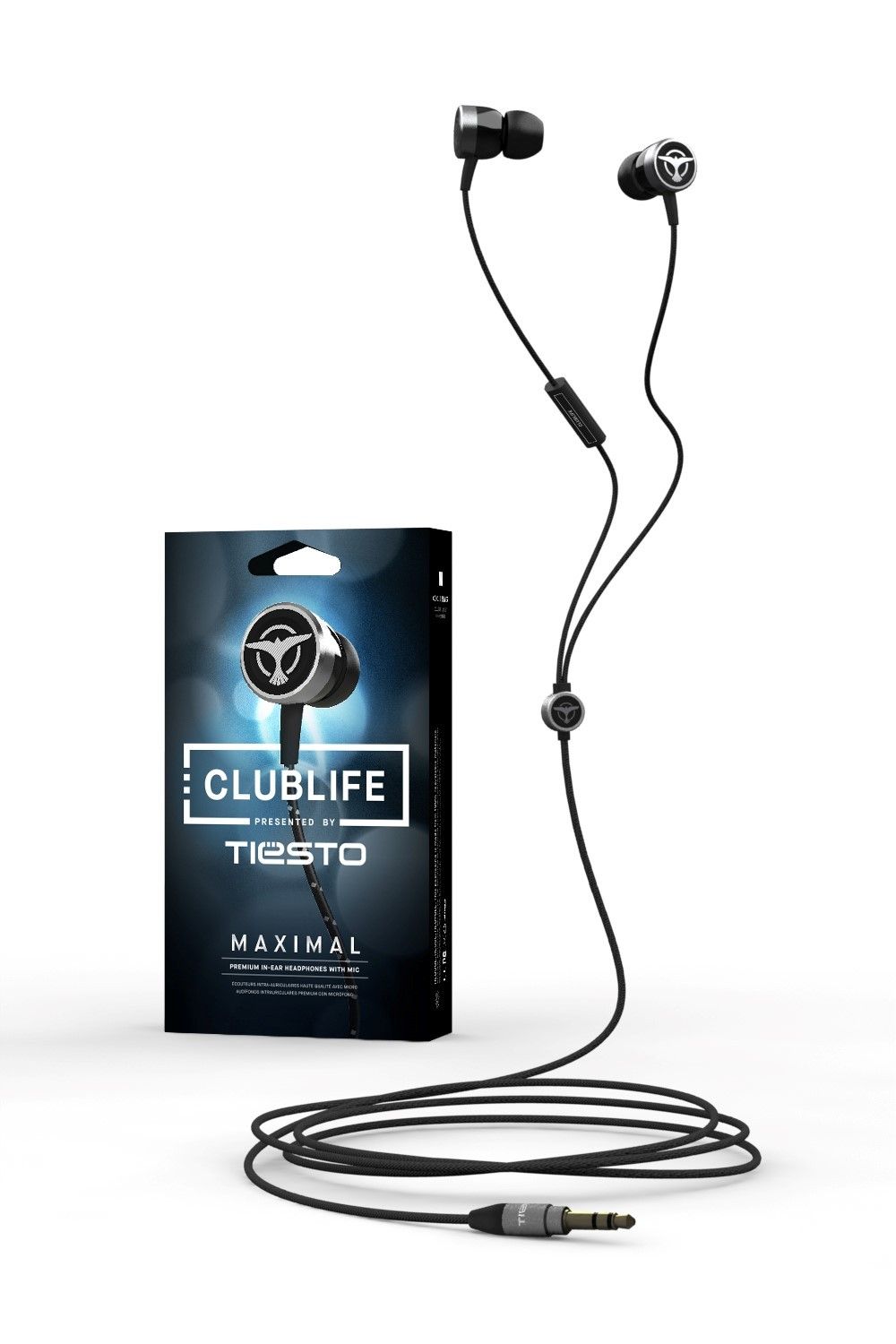 Voted “the greatest DJ of all time” by Mixmag and “#1 DJ” by Rolling Stone, Tiësto is a Grammy nominated artist with an unbelievable list of accolades. As a world famous DJ, Tiësto is passionate about sound and production: demanding the highest in quality and performance from his headphones.

Based in Australia, Audiofly is an award-winning innovator of premium headphones. Recognized for their fresh approach, Audiofly has quickly acquired impressive industry recognition earning Innovation Honors from International CES, and a Best-In-Show award from the CEA Line Show. Based on this credibility and a swarm of glowing reviews, Audiofly were approached by Tiësto and a collaboration ensued, resulting in the Clublife In-Ear Headphone Series:

“I’ve enjoyed working closely with Audiofly to develop these products – From tweaking the soundstage of each unique product, to creating a glow in the dark cable, I feel we’ve achieved something really unique and I’m excited to finally share these products with my fans,” Tiësto says.

“Designing great products is what makes us buzz”, explains Audiofly CEO Dave Thompson. “We’re passionate about sound and thoroughly enjoyed the creative exchange with Tiësto. We have experience with some very unique features, like combining different speaker technologies for better sound, and reinforcing our cables with tough CORDURA® fabric, so it’s exciting to showcase these great innovations plus a whole stack of new things in the Clublife Headphones. We’re confident that consumers will be blown-away by the level of detail we’ve poured into these 3 products.”

About Clublife Headphones
By partnering with Audiofly, Tiësto has drawn on a company whose expertise in product design and audio engineering sits atop the industry.  Audiofly has established a reputation for creating products with detailed sound and outstanding frequency response across all audio spectrums. The result of this partnership is something truly remarkable: “The Clublife In-Ear Headphones Series,” proudly manufactured by Audiofly to Tiësto’s specifications. Available now at clublifeheadphones.com

About Tiësto
TIËSTO is one of the most recognizable forces in dance music. He’s received the adoration of millions worldwide, garnered Grammy Award nominations, opened the 2004 Olympic Games, partnered with Guess and AKG for his own brands, headlined festivals worldwide including Ultra Music Festival, and Electric Daisy Carnival, and launched the “Club Life” channel on SiriusXM. Currently in the midst of a 20-month residency at Wet Republic and Hakkasan, Las Vegas, Tiësto’s critically acclaimed new artist album A Town Called Paradise features the singles “Red Lights” and “Wasted;” with both achieving Gold status in sales. Across social media Tiësto has 18.8 million Facebook fans, 3.1 million Twitter followers and 525 million YouTube views.