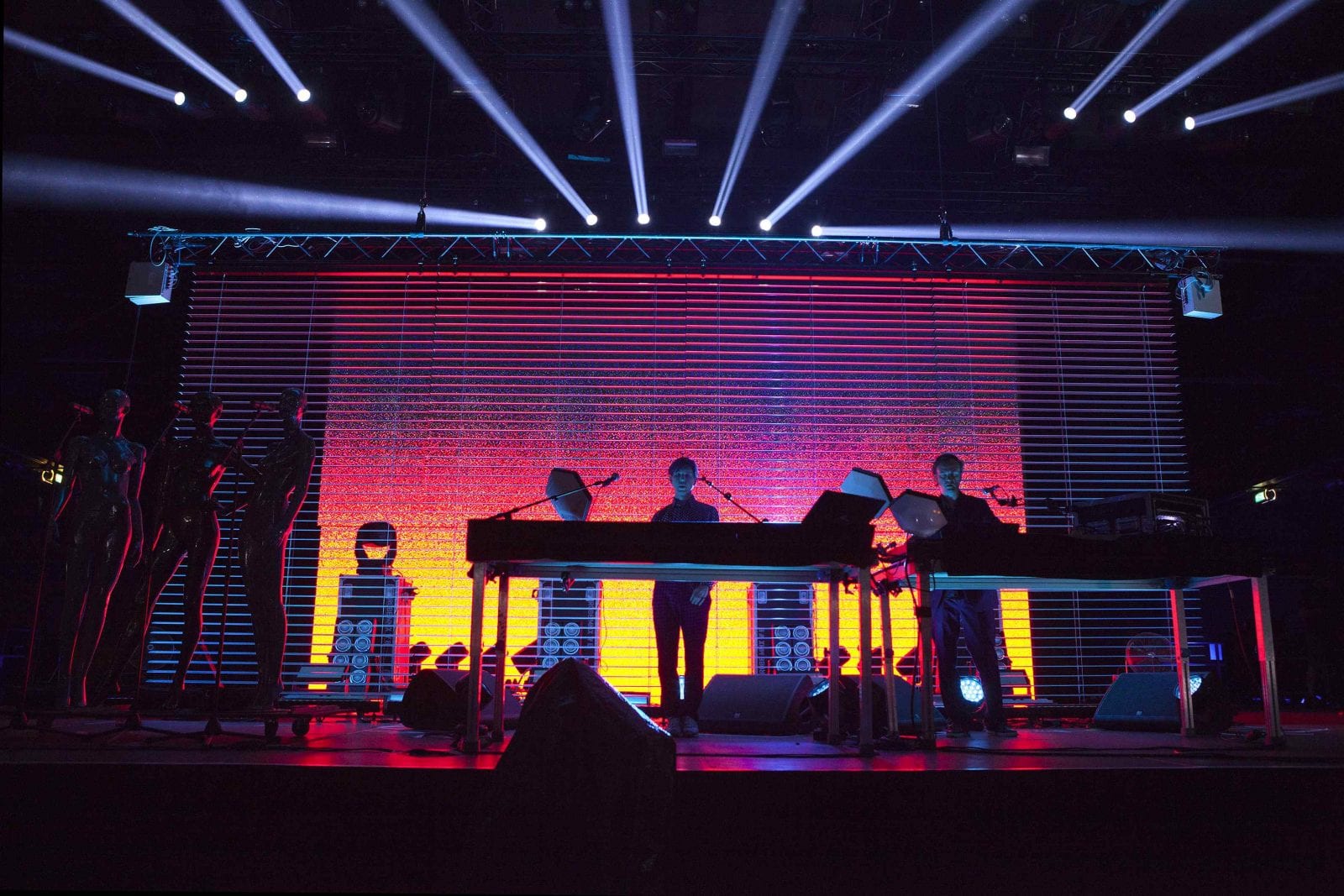 Tiga has announced his debut London live show will take place at Village Underground on 24th October. Presented by Bugged Out! this will be the first UK headline gig for the recently unveiled new live show.

The show’s ‘hybrid’ of live production and visual art installation has received rave reviews from recent festival performances at Sonar (“the hero of the festival” FACT), Berlin Festival, and Parklife. Tiga performs both new material – including collaborations from his new album with Hudson Mohawke, Matthew Dear, Boys Noize, and Martin Buttrich – plus tracks from across his career, including ‘You Gonna Want Me’, ‘Sunglasses At Night’, ‘Pleasure From The Bass’, ‘Bugatti’, and beyond.

Housed within Pfadinderai’s and Helmi’s production, Tiga performs live vocals alongside Hulkkonen, with the emphasis shifting between Tiga’s performance, the lighting effects and projections. Further live tour dates will be announced soon.

The remix package for Tiga vs Boys Noize ‘100’, including mixes from The Martinez Brothers, Thomas Von Party, Shaded, Trace7000, Red Axes, and Harvard Bass, will be released on 17 July.

TIGA SAID:
“Through all the changing seasons of my life, to paraphrase Axl Rose, Bugged Out! has been there. And now, as I embark on my debut live performance tour, and as I touch down on the most hallowed ground- London- again, Bugged Out! are by my side at the unveiling of the New Real Me.”