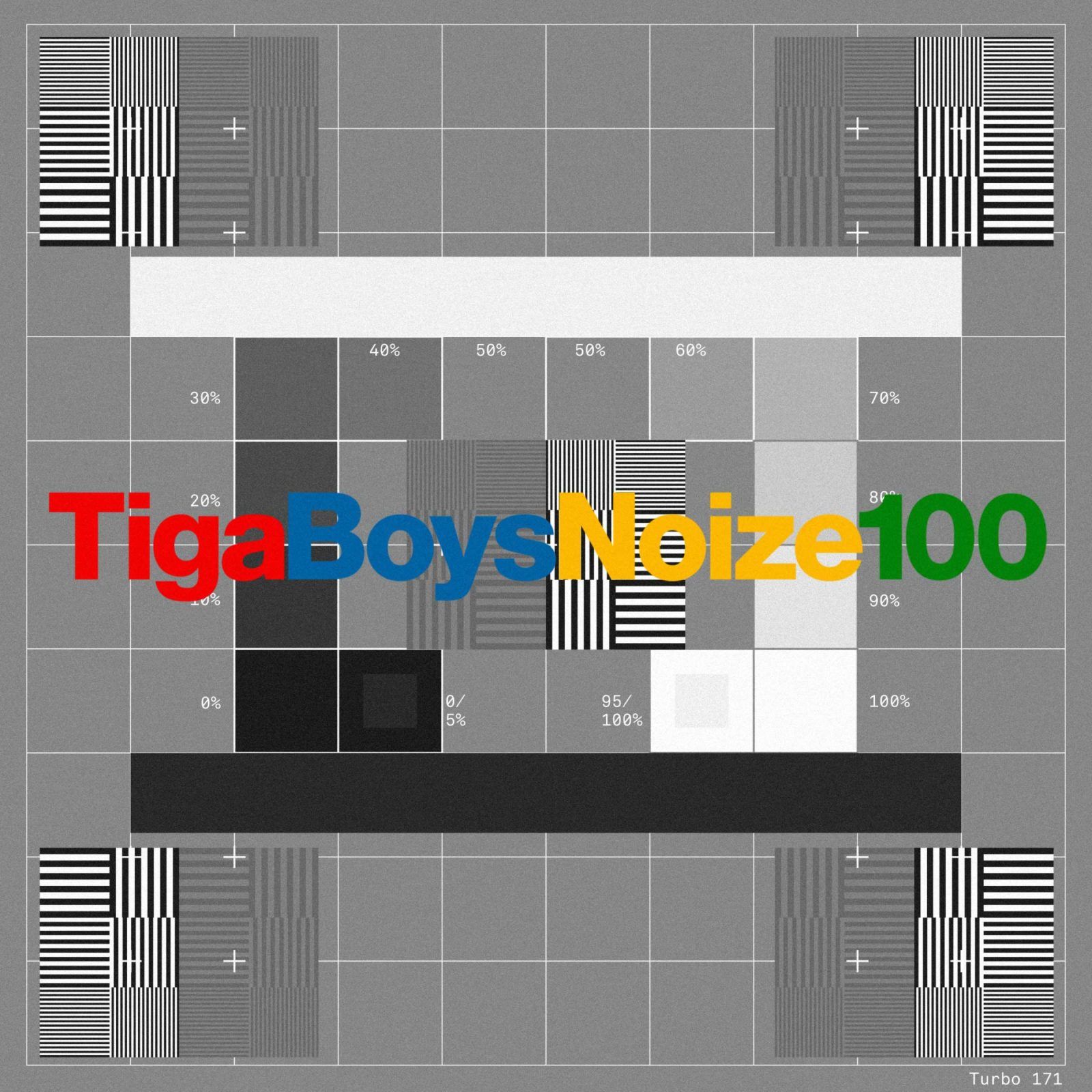 Despite a long entwined history since their days as label-mates on the legendary Gigolo Records, Tiga and Boys Noize have remixed each other, DJ’d back-to-back, even worked on the same motion picture together (Ivory Tower), but this is the first studio collaboration between the two. Fittingly, this release on Turbo Recordings also falls during Boys Noize Records’ 10 year celebrations, where the pair will headline a series of 5 shows together.

With a distinct nod to their electro roots, ‘100’ shows them in devastating form. As with ‘Mind Dimension’, ‘Let’s Go Dancing’, or ‘Bugatti’, the magic lies in the packaging of true pop into a compact, techno power-punch with underground credibility intact. Both Tiga and Boys Noize are versatile artists who yearn for more than the obvious tropes of EDM, embracing extremes, fitting in the esoteric, being connoisseurs of a multitude of micro-genres of electronic music. On ‘100’, both producers come through clearly: the slamming drums and acid Boys Noize has so thoroughly mastered combine with the clever vocal hooks and rave-style breakbeat flourishes that are the feathers in Tiga’s boa.

‘Jam #1’ is an ode to these low-slung techno roots, a stripped-down bonus beat that lays down the law of the drum machine, and sets the stage for the forthcoming ‘808 IRAQ’ pulled from the same Berlin studio-session (soon to be released on BNR). Remixes for ‘100’ will be announced soon.

Full gig dates including his debut live show are available via www.facebook.com/officialtiga.

Tiga is musical evolution personified, with an uunparalleled resumé that includes two solo albums (‘Sexor’ and ‘Ciao!’), singles such as ‘Sunglasses at Night’, ‘Pleasure from the Bass’, ‘You Gonna Want Me’ and numerous collaborative projects – including his work with Zombie Nation under the ZZT moniker. Over the past few years, Tiga has toured the globe and further bolstered the international reputation of his record label, Turbo. His remix discography includes LCD Soundsystem, Depeche Mode, the xx, Jamie Lidell, Alter Ego, Fever Ray, Moby, Duke Dumont, Tieks, and Iggy Azalea & Rita Ora.