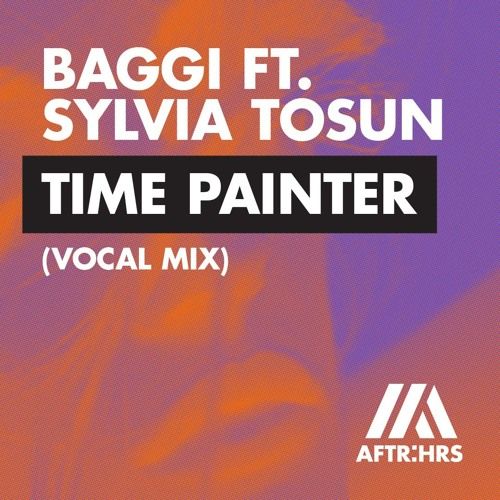 Dutch Producer/DJ Baggi and New York singer-songwriter Sylvia Tosun come together for an ethereal and seductive masterwork, “Time Painter,” out now via AFTR:HRS. The soothing yet powerful vocals of Tosun elevate the new version beyond expectations, creating a deep and sultry dance track guaranteed to play at festivals all around the globe.

“Time Painter”, a quality production, full of stylish dancefloor hooks, is a perfect addition to Tiesto’s recently launched deep house label. With support coming in from the man himself, as well as Oliver Heldens, Dimitri Vegas & Like Mike, Morgan Page (Sirius XM), Sander Van Doorn, Moguai and more, “Time Painter” is already shaping up to be a big record.

Since first topping global dance charts in 2008, with the sublime, “Underlying Feeling”, Sylvia Tosun has gone on to establish herself as one of electronic music’s foremost voices. A winner of a coveted scholarship to the prestigious Juilliard School of Music in New York, her talent as a singer / songwriter is undeniable. Alongside numerous U.K. and U.S. charts successes, including a #1 Billboard Club Chart hit with, “Push And Pull”, her track “An Angel’s Love” is now recognised as a genuine trance classic. This was followed by a string of hits including, most recently, “Winterburn” and “We Bring The Love” with Andrew Rayel and “Believe In Everything” with Talla, 2XLC & Binary Finary. Now Tosun shows her versatility once more with an unforgettable vocal on deep house gem, “Time Painter”.

A beloved fixture of the global dance music scene, Baggi is a versatile producer with a rich history of celebrated recordings.  Time Painter marks Baggi’s first release on AFTR:HRS, and is the latest product of his long  friendship with the label’s founder, the legendary Tiesto.  Baggi’s relationship with Tiesto began in the late 90’s, with the two working as buyers for competing record stores in Rotterdam.  The friendship was reignited in 2013, when Baggi released “Compromise,” his first of many records on Tiesto’s label Musical Freedom.  A collaboration between the two entitled “Love & Run” was released shortly thereafter.  Baggi has also hosted Baggage Claim, a weekly radio show on Tiesto’s Club Life Radio (Sirius XM) since 2014.

In addition to his work with Tiesto, Baggi has recorded for many of dance music’s most storied labels including Spinnin’, Armada, Nervous Records, Flamingo Records and many more. Baggi’s collaborators range from legends like Erick Morillo & Roger Sanchez, to contemporary music stars including Julia Michaels and Tony Junior.  Equally known for his incendiary live performances, Baggi has performed at some of the biggest festivals in dance music including Electric Daisy Carnival, Mysteryland, Beyond Wonderland, Creamfields, & Global Gathering.  Baggi’s success as an artist is in part the result of a complex early life, for which music undoubtedly provided refuge.  As a Bosnian native, the Yugoslavian Civil War provided an insatiable battleground of social and physical preservation to what should have been his tender teenage years. Through the suffering, imprisonment, loss of loved ones and his eventual release from a detention camp in 1992, his various trials and tribulations have served as considerable drivers to the leaps and bounds now associated with his global overhaul.

Also, landing soon, New York creatives, Dorian Orange, are working on a visually stunning video, to round off a release which will still be filling dancefloors long into the summer and beyond.