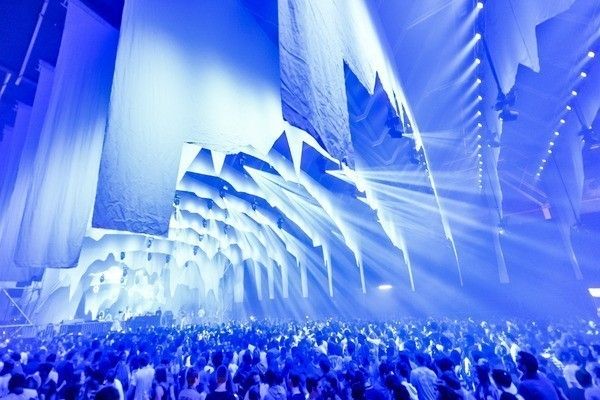 Time Warp Netherlands has just released the full line-up for its upcoming event, Saturday 7th December at the Jaarbeurs, Utrecht. The 6th edtion of this renowned event will feature international headliners and Dutch artists, as well as many new names and talents. So, time to get ready for another Time Warp adventure, the limited Early Bird Tickets are almost sold out, so now the regular pre-sale starts.

Headlined by Time Warp regulars Sven Väth, Loco Dice and Chris Liebing, the 2013 Dutch edition are thrilled to debut artists such  as the Canadian duo Art Department, Scotland’s rising techno star Gary Beck and Ibiza revolutionist Nicole Moudaber. During the last months every single one of them has proven his or her skills, making them the ultimate completion for Time Warp Netherlands. For sure, the promoters are happy to welcome these artists at the underground festival which will again close the season and offer the last huge gathering of the scene for this year.

Once again, Time Warp Netherlands will take place at the Jaarbeurs in Utrecht.This amazing venue turned out to be the perfect place for a huge indoor event like this. With the main station directly opposite to the venue and the airportand hotels lying all within a distance of a few kilometres, the infrastructure couldn’t be better.

On Saturday 7 December the Jaarbeurs will see the arrival of the Time Warp production team, setting up six floors including stage designs like the ‘Cave 2013’ and ‘The Abyss’ which left visitors breathless at the festival’s Mannheimedition earlier this year. Currently the production team is working on finalising the stage and deco concept, stay tuned for this.

As previous years, Time Warp Netherlands should be a sure shot for TimeWarp regulars but also for everyone who wants to experience the true spirit of techno besides mainstream EDM-Festivals.