Deorro’s summertime anthem “All This Time” receives a groovy house remix by Timmy Trumpet, refreshing the track for a deeper and darker sound just in time for the fall season. Australian producer Trumpet’s version keeps the integrity of the original’s soulful vocals, fusing a driving, quick-tempo bassline into the breezy melodies. While “All This Time” was a diversion from Deorro’s normally party-ready sound, the remix is a toned, more radio-friendly version of Trumpet’s bounce-inspired style. The track follows “Shake That Bottle” and “Retumba” for Deorro, as well as both artist’s collaboration “World at Our Feet.” Keep an eye out for more new music from both artists coming this year!

Mexican-American producer Deorro is the perfect example of magnetic dynamism in music production. His impressive discography including a myriad of original tracks, from his early hits “Yee” and “Five Hours” to his recent single “Bailar” and “Keep It Goin‘” with Danny Avila, as well as collaborations/remixes with Chuckie, Axwell, Krewella, Laidback Luke, Carnage, Diplo, Tommie Sunshine, and more. In 2017, he took listeners on the ultimate journey with his incredibly successful full-length album, “Good Evening,” a 24-track pilgrimage that showcased many versions of Deorro’s style. “It’s more than an introduction to a creative mind, it’s a story of sound and feeling,” quoted Billboard of the album. His prowess behind the decks has earned him headlining spots at some of the world’s craziest festivals and clubs, like Coachella, Ultra, Lights OFF, and Electrobeach. Now with a renowned debut album under his belt and more new music on the way, the future is looking very bright indeed for Deorro. 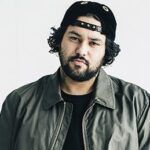