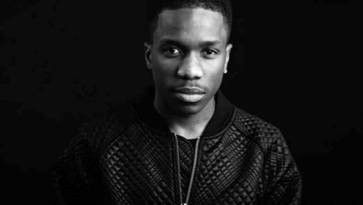 Tinchy Stryder announces he will be performing a headline UK show in March 2015. The one off London date will take place at London’s o2 Islington Academy on Friday 6th March 2015

The announcement follows on from the summer release of Tinchy’s smash, ‘ESG’. Produced by Show N Prove and featuring singer-songwriter Takura (Chase & Status, Shadow Child), ‘ESG’ topped the Music Week Urban Chart, become a firm fixture on the playlists of 1Xtra, Capital Xtra and Kiss, and is set to become a classic in the annals of Grime.

Tinchy Stryder has recently been entertaining us with the viral sensation ‘To Me, To You’ (Bruv) –  a collaboration with the Chuckle Brothers in support of African Carribean Leukaemia Trust  – and a stint in the Australian jungle for ITV’s ‘I’m A Celebrity…Get Me Out Of Here!’.

Since the self-funded, independent release of his debut album ‘Star In The Hood’ in 2007, Tinchy Stryder has sold over 2.5 million records in the UK alone. He has had 2 x no.1 singles, 7 x top 10 singles, 12 x radio 1 playlisted records and 1 x top 3 album to date. He has embarked on 5 headline UK tours, performed regularly on the festival circuit and amassed over 100 million YouTube views. Alongside his career as an MC, songwriter and producer, Tinchy Stryder has proved himself to be a thriving entrepreneur with the launch of his Star In The Hood clothing In 2008, and his Cloud 9 headphones (in partnership with electronics brand Goji) in 2012.

Tinchy Stryder will be performing on Friday 6th March 2015 at London O2 Islington Academy. Tickets are priced at upward of £15 (excluding booking fee), and are available to purchase from Song Kick.