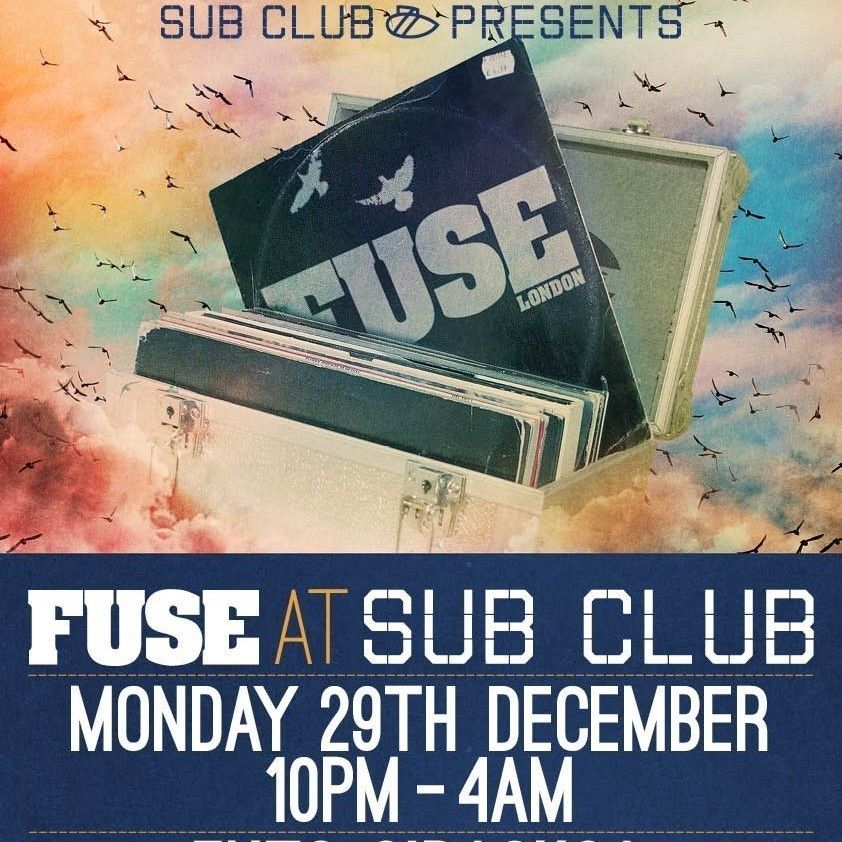 FUSE continues to spread its wings with their next UK debut event. On 29th December FUSE will venture to Sub Club to mark the end of 2014 with a special six-­‐hour showcase. For this Highland fling Enzo is rounding two of his core group of FUSE-­‐ileers, Seb Zito and Rossko, and will join Ivan Kutz for a climactic ceilidh, minus the dodgy outfits and patriotic drunk uncles. Since its inception in 2008, and with their Sixth Birthday on the horizon, FUSE has established itself as a London institution and a major player on the international clubbing circuit, hosting over 300 successful events across Europe and around the world whilst also launching two critically acclaimed record labels; FUSE LONDON and INFUSE. Having completed another successful season at Sankeys Ibiza this year their stock is a high as ever.

The philosophy of FUSE is simple: to stand out from the crowd by hosting exceptionally high-­‐quality raves, built around superior-­‐technical standards of sound design, and a close-­‐knit core of residents. FUSE ensures line-­‐ups are always well programmed and resonate with the distinctive FUSE sound.