tINI & THE GANG RETURNS FOR A FOURTH SEASON 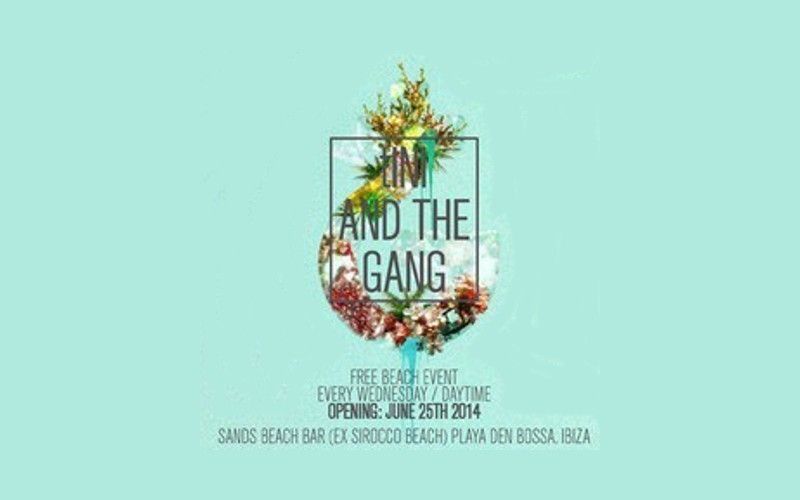 tINI & THE GANG RETURNS FOR A FOURTH SEASON

In 2010, tINI firmly established her ‘tINI & The Gang’ party at Ushuaia Beach Club as the premiere free party in Ibiza and an unmissable Island highlight for the discerning music lover. After the huge success of last year’s series, plus recent tINI & The Gang events at BPM in Mexico, Miami Music Week, and during OFF Sonar, tINI announces her return to the White Isle this June for the highly-anticipated fourth season.

Set to take place @ Sands Beach Bar (formerly known as Sirocco Beach Club) in Playa D’en Bossa, and building upon the strength of previous seasons, this year’s series of ‘tINI & The Gang’ beach parties will continue to offer a refreshingly welcome alternative to mainstream Ibiza clubbing. Each and every Wednesday from June 25th you can catch tINI and a host of hand-picked special guests performing in the beautiful surroundings of Sands Beach Club (formally known as Sirocco) from 17.00 – 00.00 – and best of all it is once again absolutely FREE!

The ‘tINI & The Gang’ beach parties will also be complemented by the return of the weekly ‘It Could Be Worse’ radio show which airs on Ibiza Sonica. Hosted by tINI herself, the show will offer listeners a snapshot into what to expect from her infamous beach parties as well as providing a platform to hear cutting-edge new music and special guest-mixes.

2013 was an incredible year for tINI who continued to build upon previous successes by moving up three places to #12 (the highest ranking female DJ) in Resident Advisor’s annual DJ Poll voted for by the public. The fact that tINI achieved this mammoth feat despite a fairly quiet year on the release front (her ‘4th Street’ EP was released Guy Gerber’s Supplement Facts label in October, and her remix of Tiger Stripes on Desolat was released in January 2014) illustrates the high regard in which she is held, and is no surprise when you take into account her electric performances behind the decks and larger than life personality.

With line-ups yet to be announced for this years parties, keep your eyes peeled for imminent further announcements of high-calibre guests and cutting edge label take-overs who will be joining tINI in providing the perfect soundtrack to dance away the Balearic Sun sets.

Full Line-ups:
Yet to be announced