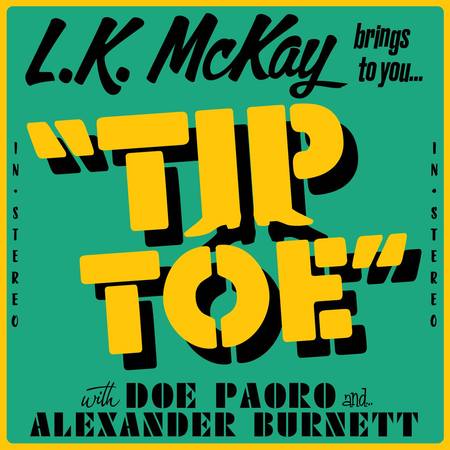 You might not have heard his name, but you’ve definitely heard the bouncy, technicolor beats of L.K. McKay across airwaves and festival stages in the past 12 months. The Adelaide writer and producer has been one of the driving forces behind hip hop starlet Tkay Maidza, producing her monster radio hits ‘U-Huh’ and ‘M.O.B’, and serving as her tour DJ since 2013. He has also been busy in the remix world, tweaking tunes for the likes of Wet and Twinsy.

Having toiled away behind the scenes, the time is right for L.K. McKay to step out and make 2016 his year. Having quietly signed to Dew Process (Tkay Maidza, Last Dinosaurs, EVES THE BEHAVIOR, London Grammar), McKay has a string of single releases lined up for 2016.

As part of Tkay Maidza’s live set up, McKay has toured with some of music’s biggest names in the past 12 months, including Charli XCX, Years & Years, Illy and Mark Ronson, and rocked some of the world’s best festivals including Splendour in the Grass, SXSW, CMJ Music Marathon and The Great Escape. In July last year he made his live solo debut to a packed Mix Up Tent at Splendour In The Grass.

With a surprising amount of momentum already behind him, it won’t be long before the name of L.K. McKay is as famous as the heart-racing music he creates.