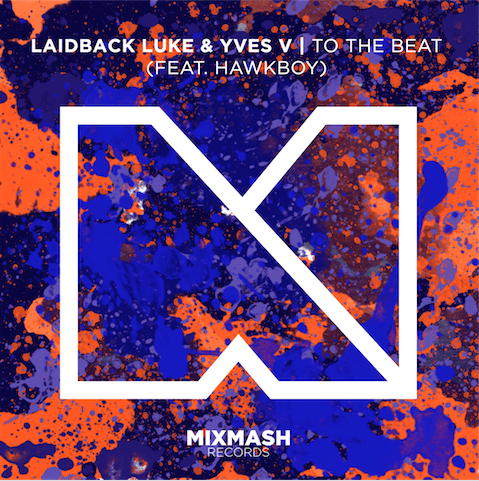 Hot on the heels of TWOLOUD collab Fcukin Beats comes Laidback Luke’s next masterpiece: To The Beat. Teaming up with Spinnin’ Records’ Yves V and previous collaborator Hawkboy, he’s crafted another absolute stormer.

To The Beat wastes no time in getting straight to business, launching us straight into a massive build with frantic FX, a never-ending rising synth and Latin-infused snare rhythms. The break sees the introduction of a mysterious sampled flute / pan-pipe style riff that’s soon doubled up by a huge synth brass sound plus driving on-beat claps.

A slice of rowdy rap vox signals the drop after a manic build-up, and in drops a razor-sharp sidechained electro bassline. Wild filters and intense automation keep the bass tasty while gated trancey synths and more manic build sounds help the energy swell to dangerous levels. It’s easily one of the hardest-hitting house cuts of the summer, brimming over with ideas and all wrapped up in typically slick production.

Rising Belgian talent Yves V has scored big with Unbroken and Daylight on Spinnin’ in recent months, with further outings on DOORN Records and Showland. He played Tomorrowland Brasil earlier this year after playing the main Belgian edition for the last two years running, and makes for a worthy sparring partner for the legendary Luke.

Luke recently celebrated a year of vlogging by publishing his first 360-degree video on Facebook to a great response. He also rocked his own Super You & Me stage on Tomorrowland this month, and is about to head off to Amnesia on Ibiza, Sziget, Mysteryland and Creamfields this month. To The Beat will no doubt be making a bombastic appearance at all those events!

Laidback Luke & Yves V feat. Hawkboy ‘To The Beat’ is out now via Mixmash Records.