Together at Pacha Barcelona with Rudimental and Gorgon City 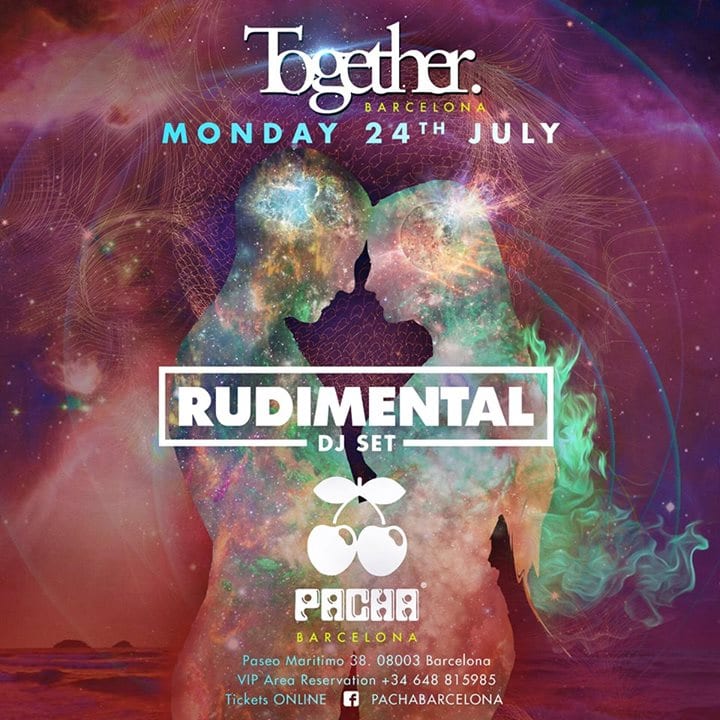 Together at Pacha Barcelona with Rudimental and Gorgon City

Pachá Barcelona will be bringing to the city the iconic party Together with two ineludible dates in July.

English duo Gorgon City and the London collective Rudimental for part of the line up.

The international brand Together is one of the most renowned internationally, especially in Ibiza. Together has commanded Amnesia´s Tuesdays on the white island for 6 seasons programming renowned Bass and House artists such as Chase & Status, Hannah Wants, MK, Andy C, Dimension, Duke Dumont or Friction to name a few. Now, thanks to Pachá Barcelona, Together will be hitting Barcelona this summer.

The first date will be celebrated on Monday 24th of July with the London collective Rudimental as the only protagonist. Amir Izadhah, Kessi Dryden, Leon Rolle and Piers Agget are the four pillars that formed this electronic band whose live show is considered as one of the best by the scene. Besides standing out on the dance floor, Rudimental have a prolific career in production, Asylum Records label where they made their debut is still their home, which has gained them nominations on several occasions.

Thursday August 3rd has been selected as the second date with Gorgon City as the headliner. The English duo formed by Mike and Kye, two acclaimed artists in the electronic scene, who debuted on the renowned label Black Butter and since then their peculiar and unique sound has conquered dance floors all around the world. Glastonbury, The Great Escape o Bestival have all made them part of their respective line-ups. Gorgon City won´t be playing alone, they will be accompanied by Caal, resident DJ of Amnesia Ibiza and Pachá Barcelona, and Steve Bimbelan, resident of the cherry club.

Pachá Barcelona will show us its most cosmopolite and international side with Together.