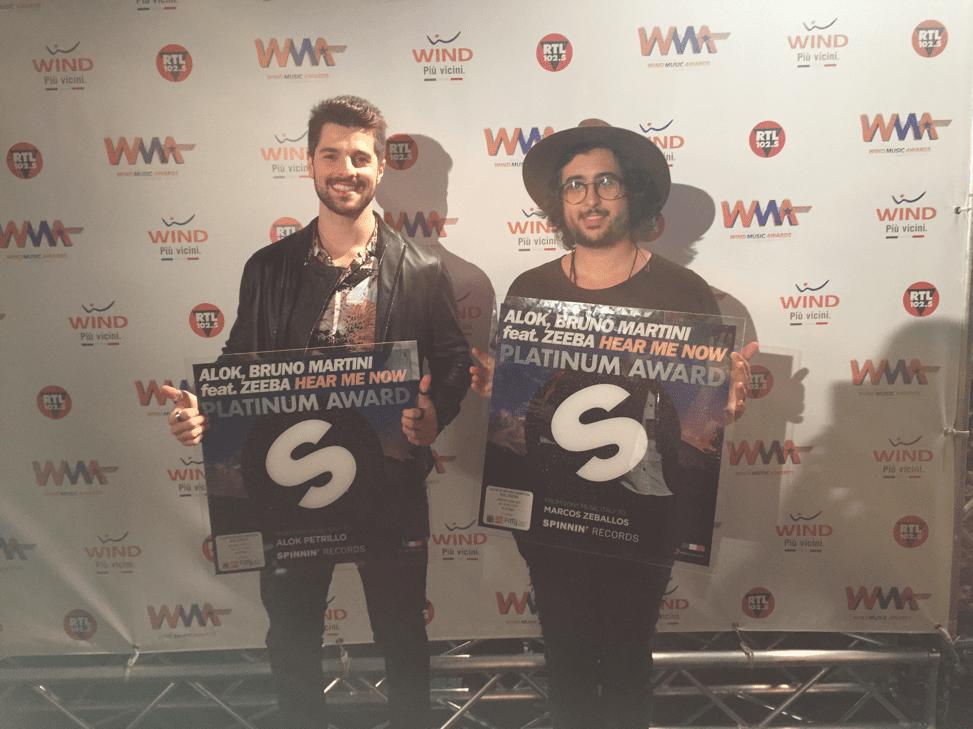 8 months after its release, ‘Hear Me Now’ continues to see immense success all over the globe. The hit by Brazilian DJ/producers Alok & Bruno Martini Feat. Zeeba is still at the top of Italian and International radio and digital charts, and scooped a double platinum record award in Italy. A globally adored track, the catchy creation instantly wins listeners over with its elegant guitar riffs, sweet harmonies, and emotive flute piece. The heart-tugging official music video has racked up 109 million views since its upload.

‘Hear Me Now’ is currently #3 in the Italian charts, #10 in the worldwide charts, and has been included in a selection of mammoth Spotify playlists, including the Shazam Dance Chart, Spotify Global Top 30 and Spotify Italia Top 15, not to mention amassing over 199 million streams on Spotify.

LISTEN: 'HEAR ME NOW' ON SPOTIFY

Alok is bringing his powerful Brazilian Bass music to an array of European festivals and club shows during his world tour this summer, dates below.