Together Ibiza Announces Return to Amnesia and Residents for 2016 Season 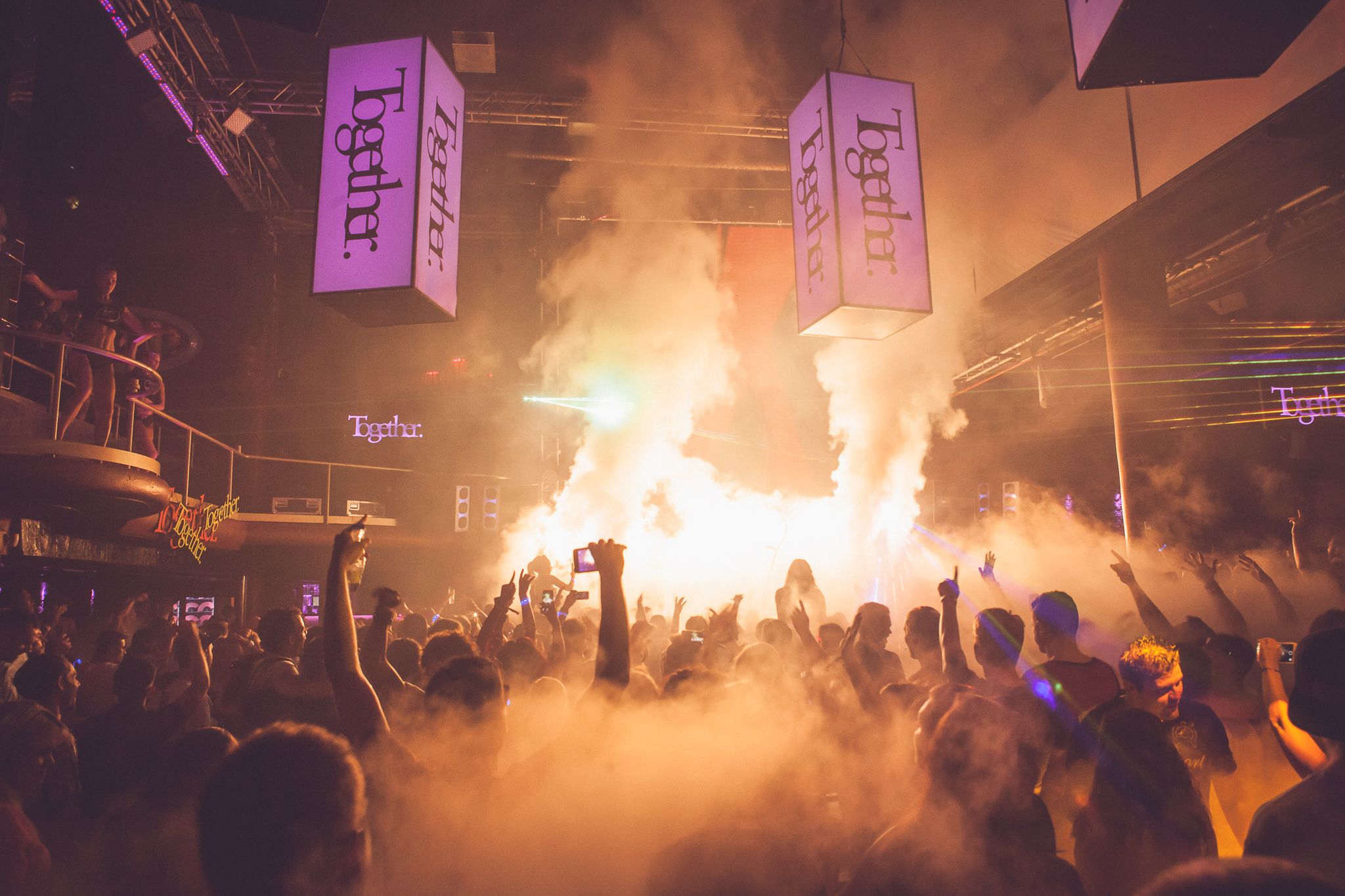 Together Ibiza Announces Return to Amnesia and Residents for 2016 Season

The ultimate Tuesday night party ‘Together’ returns to Ibiza for our 6th consecutive year in 2016.

Hosted at a pillar of strength on the island for the past four decades, the world famous Amnesia has been responsible for nurturing artists now classed as legends, plus organising events regarded as the industry benchmark. With both Together and Amnesia sharing a common ethos for innovation and inspiration, life defining dance floor moments are guaranteed when these forces combine.

Showcasing stadium sized headliners alongside the freshest and most in-demand acts in the world today, Together is proud to present the residents who will play a string of high-profile gigs across our summer season…

One of the world’s greatest electronic music acts, Chase & Status, return for their 6th consecutive year as residents at Together. The explosive duo have made the main room their own with their undeniable style and irresistible track selection. 2015 saw the duo lock themselves in the studio hard at work on their next album, which they are set to showcase this summer. A clip of their first new song was debuted on Radio 1 this week when they were announced as one of the headliners of the Radio One Big Weekend.  With this new music on the horizon and the pair fresh after taking time out from touring, this is set to be their most spectacular residency to date. Joined by a variety of amazing guests including artists from their own MTA label, this will be their biggest summer yet.

After two incredible performances last summer, Rudimental, are back for an exclusive six date residency. Their unstoppable rise to become one of the most talked about acts on the planet has been nothing short of phenomenal, with the guys touring the globe and headlining festivals to tens of thousands of fans! Their latest album ‘We The Generation’ has been a smash hit in the UK and hitting the top 10 across several countries on the continent! Recently nominated for a BRIT award, there seems to be no stopping these guys. Their appearances on Tuesdays are sure to bring a flock of fans where they’ll be treated to a magnificent set of performances across the summer!

Only a few artists in recent history have managed what Andy C has. From back to back sold out Brixton Academy shows to conquering the globe with his electrifying style, this man simply knows no limits. His DJ sets have gone down in electronic music folklore with thousands taking the plunge with him on nights where he showcases his unparalleled ability and technical genius. Every single time he steps through the legendary Amnesia doors, you can be sure that he’ll lay down a fantastic set leaving the crowd in sweats!

One of the coolest and freshest acts of the last couple of years, Gorgon City has established themselves as a key player in the game. Their eclectic style has seen them headline line ups at the world’s leading nightclubs, as well as recently complete their North American tour as the duo hit up numerous states to showcase their brand new material. The summer of 2016 will see them hold down a residency at Together on the legendary terrace for a total of eight dates as the London-locals look to make the room their own!

So where do we start? Hannah Wants has fast become the golden girl of dance music. Considered as one of the hardest working artists in the business, her touring schedule puts most others to shame. Last year saw her tour her What Hannah Wants night across the UK, as well play stellar sets at festivals such as Snowbombing, South West Four and Creamfields. Her Together at Amnesia residency last year pulled in capacity crowds when she played the infamous Terrace. We are delighted to welcome Hannah back for six dates which are set to blow the roof off!

Responsible for arguably the biggest track of 2015, ‘How Deep Is Your Love’, London trio Disciples have seen a rapid rise to stardom over the past year. Last month witnessed them announce their UK tour which will see them play a slew of high-profile shows up and down the country. Their undeniable hunger has seen them land two BRIT nominations, make appearances at the best festivals across the globe and support the likes of Calvin Harris on tour. We’re delighted to welcome them on board for six unmissable dates.

Further line up announcements will be made over the coming weeks… and trust us, they will be special. Watch this space.