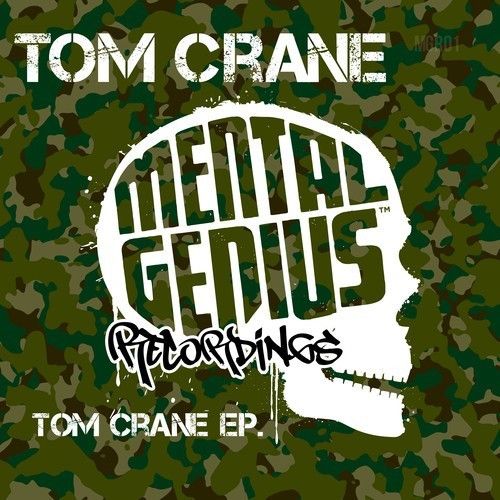 Pitch One Promo present the new single from Ibiza Resident Tom Crane on Mental Genius Recordings. This quality EP is the second release on this new exciting label, stepping up on remix duties is label head honcho LUBIN together with Ibiza veteran Pete Doyle.

The first, Lubin’s “This is Mental Genius” received serious tastemaker and radio reactions across the world, the single stormed the US House charts at No 5! Not bad for a first ever release on a brand new label. After the success of the first release, the Mental Genius crew decided to throw their first party at Shoreditch House to a wicked packed crowd.

Stepping up on the production duties is Mr Tom Crane, twice winner of Best DJ at the London Club & Bar Awards in 2008 & 2011, Tom is renowned for eclectic mix of Deep House, Tech House & Techno. After 2 glorious years as resident DJ for BLUE MARLIN in Ibiza, Tom was asked to host his own Tuesday parties, which went on to become a great success alongside guests such as KENNY DOPE and MICHEL CLEISE.

Tom’s other white island gigs have seen him playing regularly for KEHAKUMA @ Space, Pacha, Destino and Yousef’s night CIRCUS @ BOOOM where he has continued to headline this winter. He also holds a full time role as Musical Director for the new Ocean Beach Club.

Last year saw Tom headlining the closing night of THE SALVADOR FESTIVAL in Brazil which hosted a crowd of 90,000+ party goers. He has also headlined the electronic tent at THE V FESTIVAL and LOVEBOX in the UK. In the last 2 years he has played alongside LUCIANO, JAMIE JONES, DJ SNEAK, REBOOT, KERRI CHANDLER and RICHY AHMED.

Tom Crane is also in demand for private parties in the island, including gigs for PHARRELL, CHANEL, VERSACE, KANYE WEST & RHIANNA. On top of all of this he hosts his own shows on Blue Marlin Radio, Sonica Radio Ibiza & Global Radio. Just when you think Mr Crane couldn’t possible do any more…he ends up mixing the 2012 AND 2013 BLUE MARLIN albums and the Ocean Beach CD which was downloaded by over 100,000 avid clubbers in the first week!

If you’re in Ibiza this Thursday 29th May, make sure you do not miss the Ibiza launch party for Mental Genius and their Summer Opening Fiesta at Sankeys with Flashmob, Fur Coat, Tom Crane, Lubin, Tuccillo, Tom Flynn, Andy Baxter & Clara da Costa.