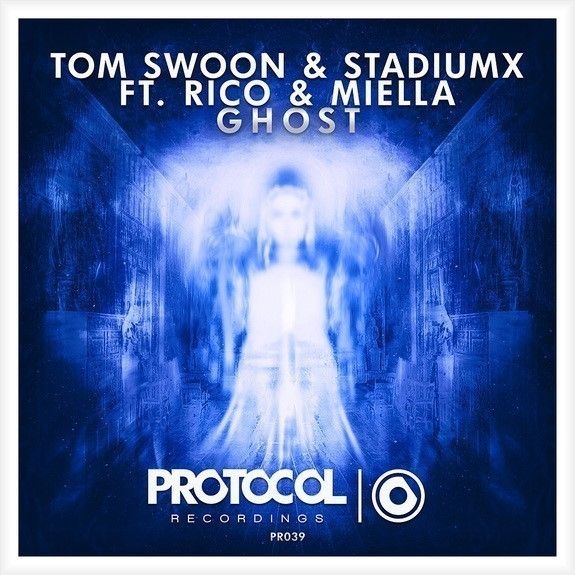 Known the world over for churning out some of dance music’s greatest hits, Protocol Recordings continue to stay true to their reputation with this latest offering. Once again proving themselves as the most innovative artists on the scene, Polish producer/DJ Tom Swoon has teamed up with Hungarian duo Stadiumx to produce the follow up to the Double Platinum hit ‘Howl At The Moon’.

Having been premiered by Nicky Romero during his set at Tomorrowland, ‘Ghost’ is a praiseworthy creation that combines driving basslines, sky piercing synths, and soaring melodies perfectly intertwined amidst the ethereal chorus of Rico and Miella. The vocals portray one man’s internal struggle to rid himself of an enchanting ghost that will only leave once he learns how to feel. With the teaser having already amassed over 230K plays and the track garnering major support from some of the biggest names in dance music, Ghost looks set for big things as Protocol deliver their final few releases of 2014.