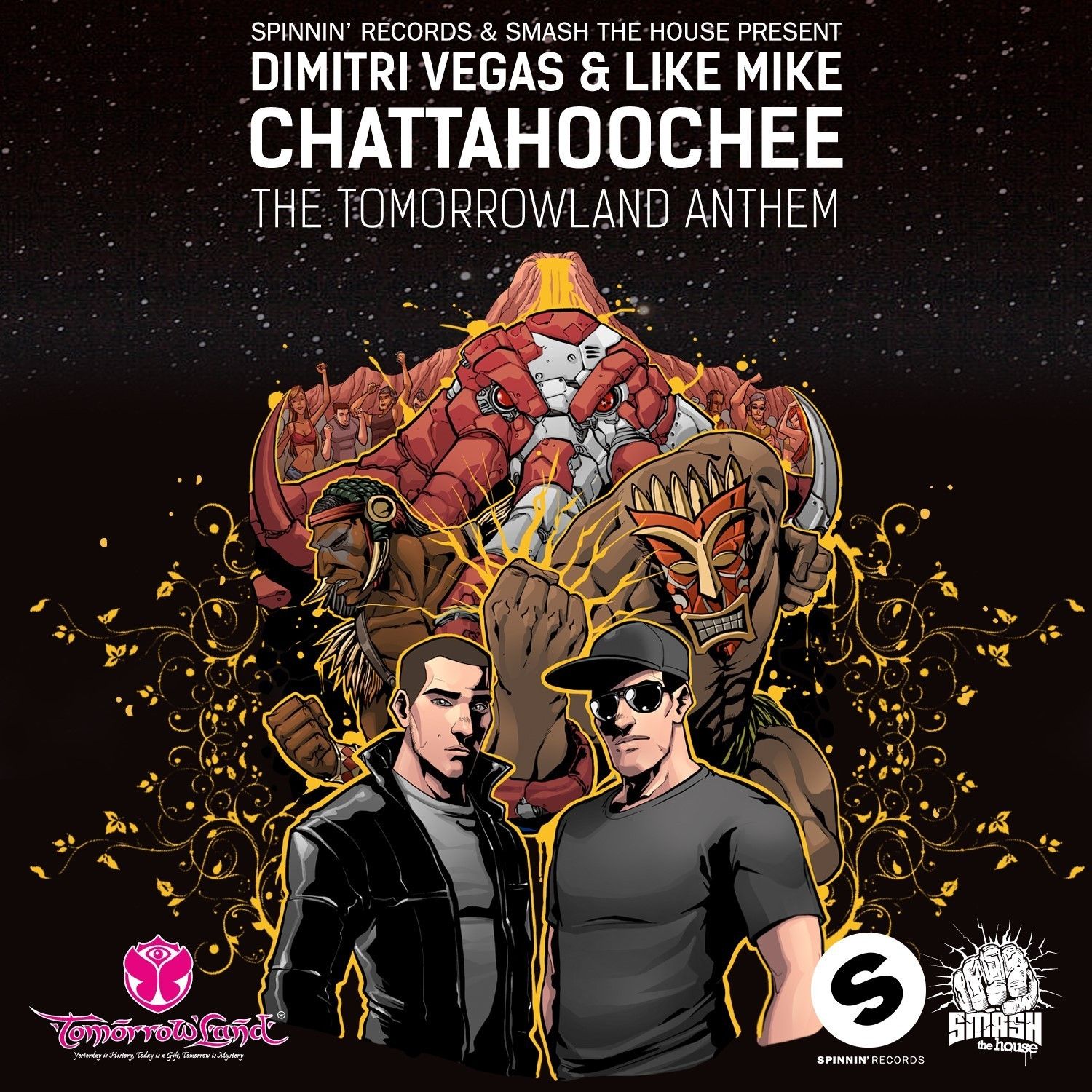 It’s the electronic music festival the world has been holding its breath for. In just under one week, Tomorrowland 2013 will finally kick off on the now legendary fields of Boom, Belgium, drawing hundreds of thousands of fans from across the planet, plus millions more who plan to tune in via the power of the official Tomorrowland YouTube channel.

Capturing the spirit and essence of this incredible mega-festival is the Tomorrowland Anthem, a single chosen each year by the creative minds at ID&T to head up the musical vibe and unleash a visual spectacle like no other during the event itself.

This year, and for the fourth year in a row, the honour has again fallen to Tomorrowland’s resident artists Dimitri Vegas & Like Mike. The duo, who have smashed all expectations over the past 12 months with two mammoth Beatport #1s under their belt, plus their worldwide hit ‘Wakanda’ to boot, raise the bar yet again, unleashing a massive banger that is aimed squarely at the Main Stage; ‘Chattahoochee’ – named after the site of the event’s newest edition, TomorrowWorld.

Now fans can finally lay their claim to the track, as Smash The House teams up with Dutch mega-label Spinnin’ Records to release ‘Chattahoochee’ exclusively through Beatport for two weeks. Get your copy and be a part of the Tomorrowland story, only at www.beatport.com.