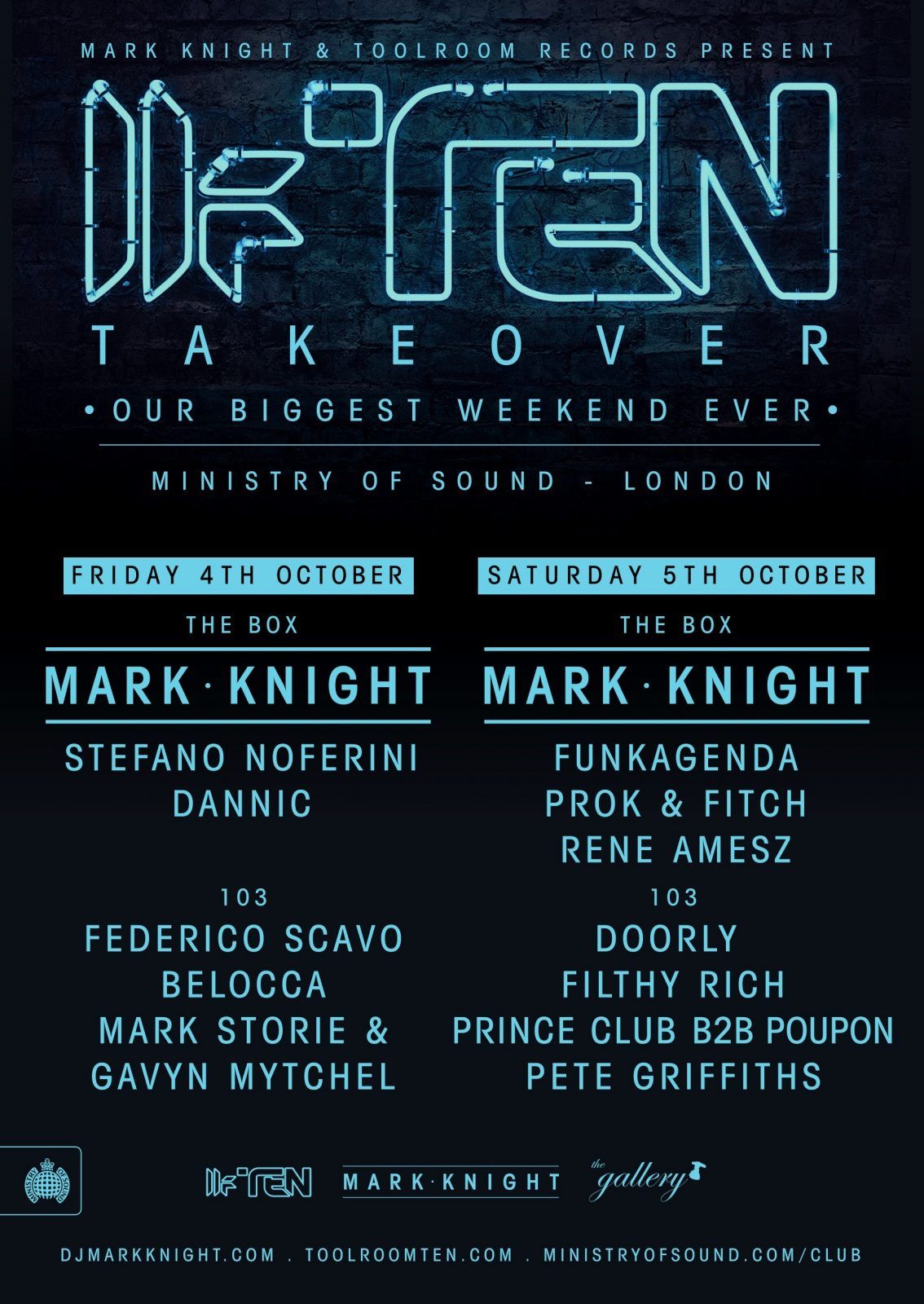 Toolroom Records are known internationally as one of the top innovative and major brands in dance music. Now in their tenth year, the label are celebrating with a mammoth 10 week celebration campaign, which will climax in a weekend takeover at the world’s most iconic super club, Ministry Of Sound,on the 4th and 5th October.

The Toolroom Ten Takeover will be the first time Ministry of Sound has ever had two consecutive events from one brand back to back and will be Toolroom Record’s biggest weekend ever. The club will also benefit from bespoke sfx and production celebrating ten years of Toolroom.

Toolroom Records are one of the world’s most renowned dance labels who rose from humble beginnings in 2003, when emerging DJ/producer Mark Knight and brother Stuart Knight started the label from their family tool shed. Gaining a cult following, the duo went on to form a formidable partnership with Dutch house producer Martijn ten Velden, which would lead the label to global proportions.  Pioneering a unique sound for the time, merging big room with soulful undertones, Toolroom became known for tribal and electro grooves, a precursor to tech house and the foundation for the development of a musical identity. Past artists have included the legendary Underworld, David Guetta and Faithless, while the label also helped established the careers of Fedde le Grand, Funkagenda and D.Ramirez.
So much more than just a music label, Toolroom Records has grown to specialise in events, with club residencies across the globe and has also moved towards other media platforms, with Toolroom TV now being broadcast on Sky, and Toolroom Radio receiving 3 million weekly listens.

Don’t miss out on Toolroom’s landmark tenth anniversary finale. Book your tickets here and make sure you sign up to Toolroom Ten’s microsite to be the first to hear more – http://www.toolroomten.com/.