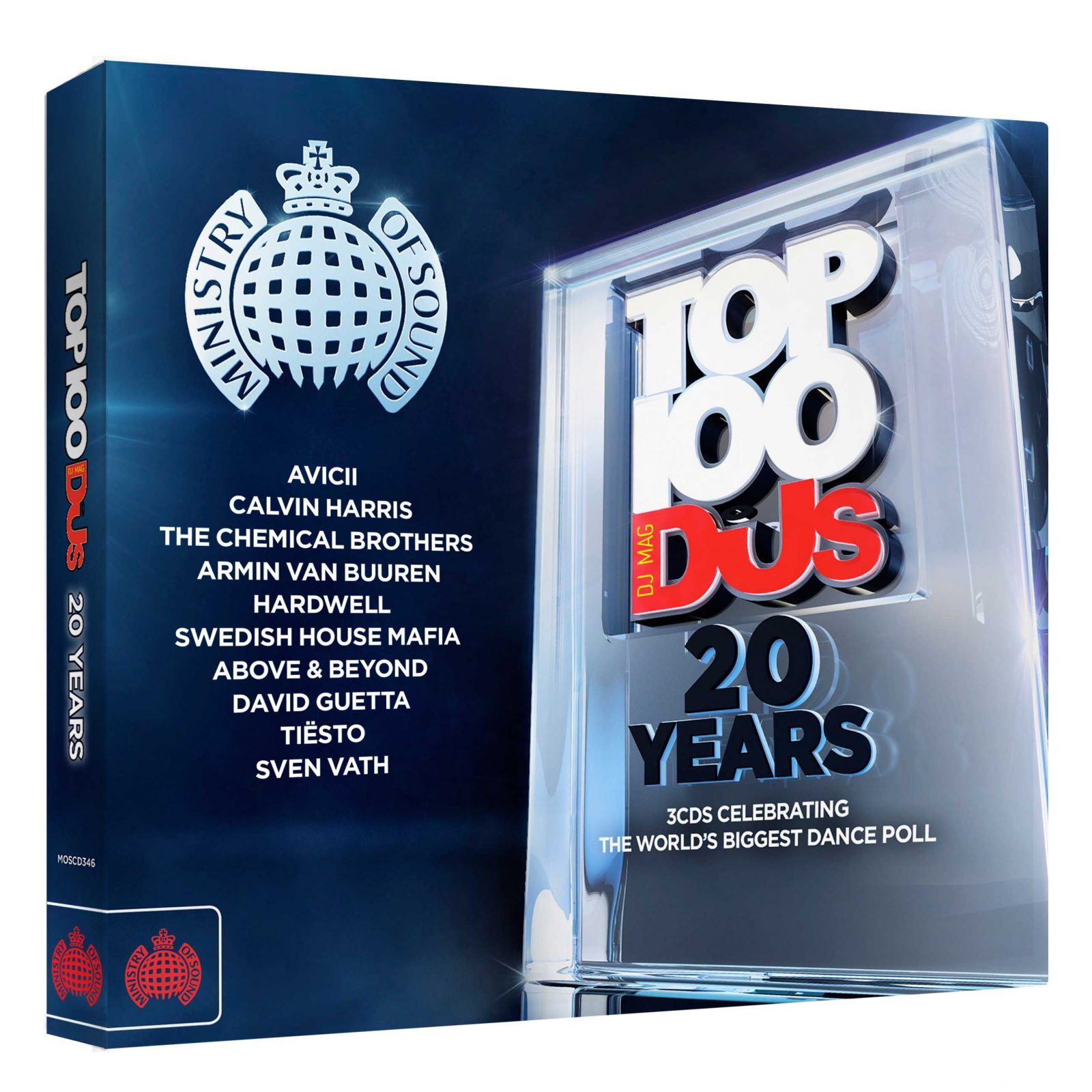 Ministry of Sound and DJ Mag have joined forces for the second consecutive year with a 3 CD album release including a selection of the Top 100 of 2013 across CD 1 & 2 and a special edition bonus CD of the best voted DJ’s from the past 20 years. The 3 CD package includes all of 2013’s Top 10 and all past Top 100 winners.

CD 2 includes iconic acts that have pioneered trance and progressive house such as Armin Van Buuren, Above & Beyond, Gareth Emery, Orjan Nilsen, Dash Berlin, Lange, Markus Schulz and Cosmic Gate to name but a few.

The 3rd CD is dedicated to the 20 year anniversary with legendary names and tracks that have dominated the history of dance music. True icons such as Tiesto, The Chemical Brothers, Sasha, Basement Jaxx, Groove Armada, Eric Prydz, Deadmau5, Paul Van Dyk, Frankie Knuckles and Paul Oakenfold amongst others, deliver a fitting climax to the album.

To tie in with the album, DJ Mag are hosting the official Top 100 DJs poll announcement party at both Amsterdam’s infamous ADE and in London in association with Ministry of Sound on the 19th October at Electric Brixton.