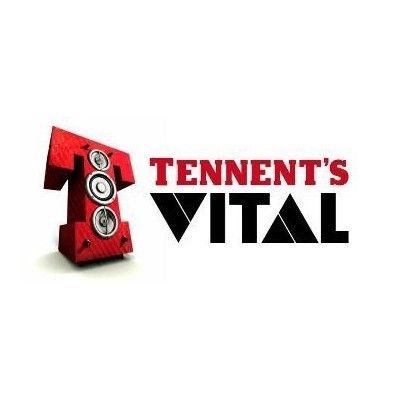 The countdown to Tennent’s Vital 2014 is now well and truly on, and with this summer’s hottest festival now only weeks away, Tennent’s NI and organisers MCD have added some top dance acts to the bill for Sunday 24th August. Klangkarussell and Robin Schulz will appear alongside headliner David Guetta and Steve Angello on what promises to be an incredible night of EDM this August bank holiday weekend.

After the global success of their massive breakthrough hit Sonnentanz, Klangkarussell are getting ready to release their hotly anticipated debut album Netzwerk next month. The Austrian production duo’s debut single was a massive hit across Europe, and the vocal version of the track, Sun Don’t Shine feat. Will Heard reached no. 3 in the UK charts. With more than 22 million YouTube views under their belt and a rapidly growing fanbase, their Tennent’s Vital debut is sure to be unmissable.

DJ, producer and label owner Robin Schulz has risen from the underground club scene of his native Germany, to achieve huge breakthrough success with his remixes of Waves by Mr. Probz, and Lilly Wood & The Prick’s Prayer in C, which topped charts across Europe. One of the most exciting new EDM talents around, he’s hugely in demand across the global club and festival scene, and is sure to get the party well and truly started at Boucher Road Playing Fields on Sunday 24th August.

Sarah Shimmons, Beer Marketing Manager for Tennent’s NI, said: “With only a few weeks to go until Tennent’s Vital 2014, excitement is really beginning to build, and we’re thrilled to add two more fantastic acts to the bill today. This year’s festival takes place on the August Bank Holiday weekend, and our dance night on Sunday 24th August is the perfect way to make the most of the long weekend. We can’t wait to welcome the Tennent’s Vital fans, as well as some of the greatest artists in the world, to Boucher Road Playing Fields later this month!”

The Killers and Bastille will play the first day of Tennent’s Vital on Thursday 21st August.

Tickets for both shows are on-sale now from www.ticketmaster.ie, or are available in person from Ticketmaster outlets nationwide or via the 24hr telephone hotlines: (NI & UK) 0844 8472455/ (ROI) 0818 719 300. Translink will operate special late night return coach and rail services following the concerts on 21 and 24 August – fans can book now at www.translink.co.uk/tennentsvital.

Tennent’s Vital is an over 16s event.  However, a parent aged 25 and over can take up to two under 16s to the show.  Parents will be required to show age identification and sign a consent form in order to gain admission on the day. Under 16s must be accompanied by their parent at all times. Bars will operate a strict Challenge 25 policy.