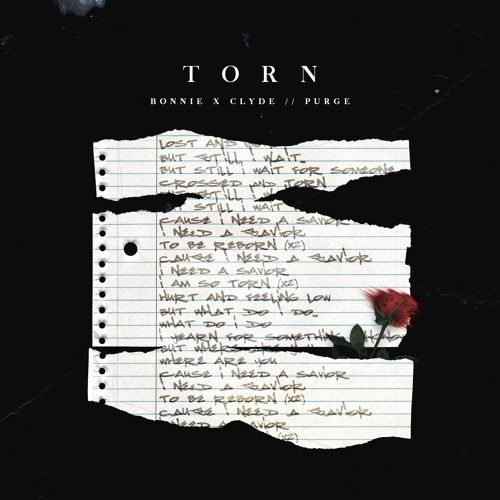 Bonnie X Clyde give a voice to some of the most-often repressed aspects of humanity in their new release "Torn.". The track peels back the layers of defense we so often build to lay vulnerable emotions bare, brought to life by Bonnie's crystalline voice and accented with their signature harmonious bass and futuresque synths. True to form, this BXC's track is cathartic while also being easy to groove to. Throw "Torn" on for those long, night drives or even when you're searching for a song to dance to with that special someone. "We all deal with the feeling of being torn in some way or another," say Bonnie X Clyde of the inspiration behind the new track. "Torn is about expressing your true, raw feelings and coming to terms with them…and understanding it's ok to need help and to not be ok all the time." For their listeners, BXC continue to be a beacon of light in times of personal strife, when music is the best form of therapy. "Torn" was produced in collaboration with the mysterious duo Purge, who gained recognition from their debut EP, "Feel Your Love", which was released and supported by Skrillex's Nest HQ and OWSLA camps. Their haunting, genre-bending design is the perfect compliment to Bonnie X Clyde's music.

Dynamic producing and vocalist duo Bonnie X Clyde have mastered the golden formula of creating music that is both emotionally riveting and dancefloor friendly. Their signature "vocal bass" combines Bonnie's gorgeous voice with melodic basslines and avant-garde accents for sound that is reminiscent of Adventure Club's older tracks, circa their "Crave You" days. Bonnie X Clyde hit the dance music radar in 2015 with their debut track "The Ride," which was followed up with their viral hit "Rise Above." Insomniac Records took notice of BXC's unique sound and signed a licensing deal with the duo, officially welcoming them to the ranks of dance music's premiere talent. Most will recognize BXC from their most successful track to date, "Bass Jam," which landed at the top of the Sirius XM BPM charts as the #1 "Beat of the Week" for an impressive 5 weeks straight. Bonnie X Clyde have recently released their spin of Adventure Club's "Gold," which has been a fan favorite since BXC performed it with Adventure Club during Miami Music Week 2017. Their tracks have been featured in several of Insomniac's festival after-movies, including the Electric Daisy Carnival and Nocturnal Wonderland. With a new music video for "Torn" and more new music in the works, Bonnie X Clyde have an exciting future ahead of them. Stay tuned to see what is next for this unstoppable duo.