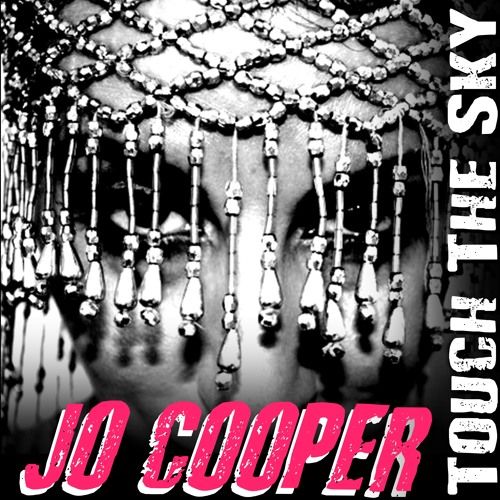 Having performed on Australia’s number 1 breakfast show ‘The Morning Show’ as well as performing for Rugby League team The South Sydney Rabbitohs during half-time, Sydney singer/songwriter Jo Cooper is now aiming to push her talents global with this feel good electro-pop single, ‘Touch The Sky’.

A self-confessed workaholic, Jo has previously dealt with work stress that left her so ill she had to be rushed to hospital. Recording her debut album hasn’t been any less stressful for Jo, she had to deal with a difficult producer who overcharged her only to find out she needed to record the entire album again from scratch with another producer. ‘Touch the Sky’ sees the artist lyrically relinquishing all the stress in her life and focusing on the good.

‘It’s an uplifting song, about brushing off the day and going out and feeling good about life’, explains Jo Cooper.

This single follows the success of her 2013 song ‘Stupid Boy’, a track which gained international attention with its Ministry of Sound house remix. Produced by London electronic duo Hoxton Whores, the remix climbed into the top 100 reaching 20 on UK’s Music Week Club Charts.
In 2014 Jo released her highly anticipated debut EP, Running Free, along with her empowering single ‘Don’t Turn Back’, skilfully tackling the heavy topic of domestic abuse.

‘You cannot help but fall in love with Jo, one of those personalities that makes you smile when she’s around. Jo’s voice is beautiful and full of energy and her talent is only that of a star in the making’ – Carmelo Pizzino (Dancing With The Stars)

Her debut album is now in the works, due for release mid 2016, with single 'Touch the Sky' out May 20th.