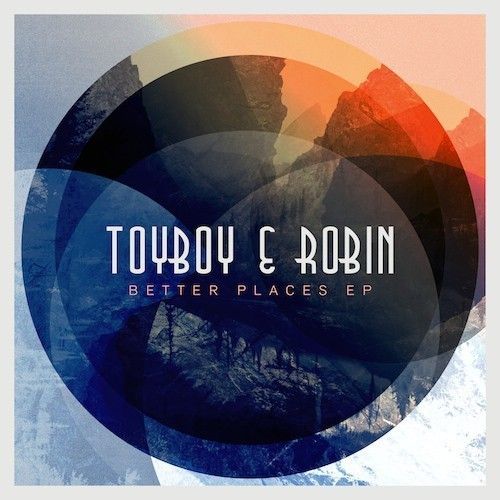 Establishing themselves as one of the most prolific producer duos on the scene, 2014 is the time for Toyboy & Robin to take centre stage, and boy, are they ready for it. Released on MTA, their debut EP ‘Better Places’ will be available on 17th March.

2013 proved to be a breakthrough year for Toyboy & Robin following the success of ‘Jaded’, and ‘Better Places’ is a clear statement of intent: fun and upbeat is the order of the day. The title track boasts an irrefutably contagious edge, with their capacity to effortlessly fuse genres fast becoming Toyboy & Robin’s trademark.

A very early contender to soundtrack your summer, ‘Back & Forth’ is house-infused R&B at its finest, featuring Nikki Cislyn (Gorgon City, Clean Bandit) on vocals. If you needed any further proof of just how far Toyboy & Robin have come though, you’ll find it on ‘All Night Through’ and EP closer ‘Beneath The Cold’. The former instantly recognisable as Toyboy & Robin with sonic synth layers intertwined for maximum 2am dancefloor damage, ‘Beneath The Cold’ featuring FEMME shimmers as a glittering gift of a song.

Championed by the likes of B.Traits, MistaJam, Toddla T and Annie Mac who made their remix of Tensnake’s ‘See Right Through’ her ‘Special Delivery’ at BBC Radio 1 as well as contemporary admirers such as Bondax and Karma Kid, Toyboy & Robin more than prove themselves as diverse producers, dripping with natural songwriting skills. Heading out for their first full UK tour this spring, the boys will be taking in dates at London’s Ministry of Sound alongside Basement Jaxx before venturing to Europe.