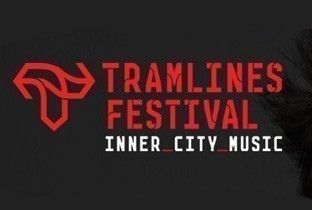 Following on from three huge lineup announcements including Public Enemy, Katy B and The Cribs, Tramlines is proud to announce another brilliant batch of acts to its 2014 festival bill. The latest additions include The Rifles, Simian Mobile Disco, Sivu, Melé ft Slick Don, LONE, Rodney P & Skitz, Ms. Dynamite, Funeral For A Friend, Shift K3Y, Slow Club, Screaming Maldini and many more.

Taking over the entire city centre in Sheffield from Friday 25 – Sunday 27 July with four outdoor stages and in over 50 venues, Tramlines offers a diverse lineup rivalling that of any greenfield festival site. It is a previous winner of the National Festival Award for Best Metropolitan Festival and this year boasts a stellar lineup including Annie Mac, Toddla T Sound (Live), Deap Vally, The Gaslamp Killer, Bo Ningen, Gold Panda, The Wedding Present, Levon Vincent, Lewis Watson, Benji B, Menace Beach, Catfish and the Bottlemen, Jonwayne, Leon Vynehall, Eliphino, and many more.

The Main Stage will see London indie rockers The Rifles join headliners The Cribs on Sunday 27th July. Fresh from releasing their Top Ten fourth album None The Wiser, their melodic riffs on hit tracks such as Coming Home are set to get the sun shining down on Sheffield. Meanwhile, Mercury Prize Winner, UK hip-hop artist and Katy B collaborator Ms Dynamite will return to the Main Stage on Saturday 26th July for her third Tramlines appearance. Her recent collaborations with DJ Fresh in the form of Gold Dust and Dibby Dibby Sound have thrown her to back to the top of the charts and Tramlines is excited to welcome her back.

Adding to the huge electronic music takeover on Saturday night at the Sheffield Student Union venues Foundry, Studio, Fusion, and The Octagon Centre, Bristol house and techno act Simian Mobile Disco will head up the Foundry bill with hits like Audacity of Huge. Keeping it huge next door in Octagon is Nottingham’s LONE, offering up Detroit techno and classic rave with hits like Pineapple Crush.

For even more electronic music offerings, the o2 Academy is the place to be on Saturday night. Joining the already announced Annie Mac is bass music beat maker Melé featuring MC Slick Don. Seriously in demand, Melé has remixed for Disclosure and Wretch 32, while his own productions have seen him get signed to Sinden’s label Grizzly and Mixpak Records. Joining him is producer of the moment Shift K3Y whose garage inflected new single Touch is set to top the charts this week.

For live music lovers, the stunning Sheffield Cathedral will be host on Saturday night to a very special performance from local band Screaming Maldini who’ll perform with a full choir exclusively for Tramlines. The night before welcomes Sunday Times Breaking Act Sivu to immerse crowds in his mix of introspective acoustics and glitchy electronics. Signed to Atlantic Records and having supported London Grammar on tour, 2014 will see the release of Sivu’s debut album.

Elsewhere, new additions include hip-hop duo Rodney P & Skitz (at Yellow Arch Studios on Saturday) famed for working with the likes of Roni Size and The Stanton Warriors; Welsh post-hardcore group Funeral For A Friend (at Corporation on Sunday) who are currently out on a sold-out UK tour; and local duo Slow Club (at Leadmill on Sunday) whose highly anticipated brand new album, Complete Surrender is due just in time for Tramlines on 14 July.

This year will see hundreds of acts take to the stages at various venues across Sheffield including the o2 Academy,  The Leadmill, The Night Kitchen, the Cathedral, Fez Club, Foundry, Fusion, and The Octagon Centre, The Harley, Hope Works, Millennium Galleries, Queens Social Club and Yellow Arch Studios. The main stage sits on Devonshire Green, whilst public areas like Barker’s Pool will be filled yet again with street theatre, dancers and workshops. The festival will also see the welcome return of free-entry, family-friendly areas including the Folk Forest, the Buskers Bus, and the Weston Park party.