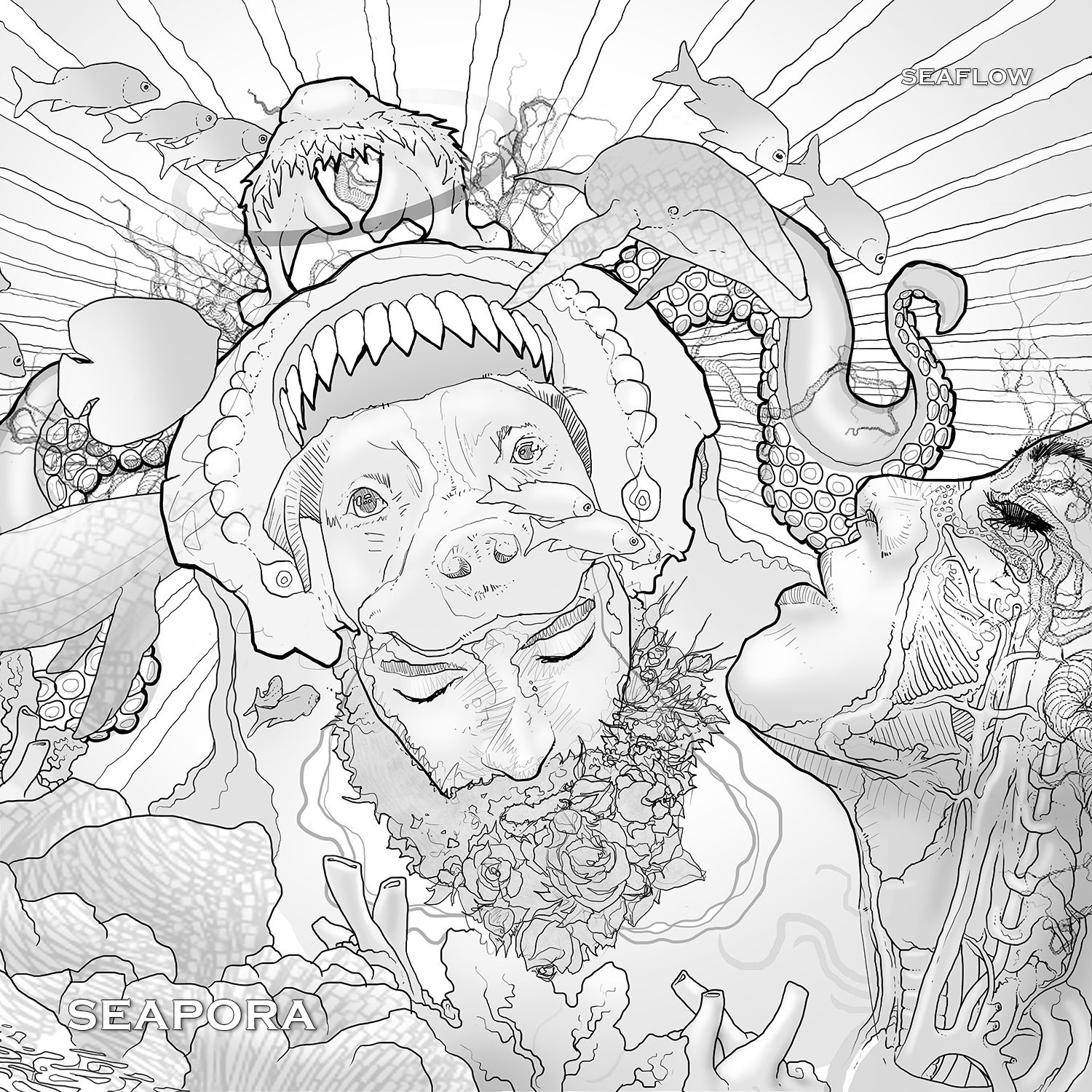 Northern-California-based vocal artist and electronic musician SEAPORA her shared her new single “Traveling“, taken from her upcoming album “Seaflow” which is set for release on 9th April via Chillage Records. The album was produced by Peter Farr (Urple Eeple), Ian Anderson (Somatik) and Jeff Harris (Thattix). SEAPORA’s previous album ‘Seapop’ was met with support from YourEDM, having reached #1 on EDM Africa chart, and she has worked alongside Jay Wiltzen & Alex Blue (BLU J), Alex Gonzalez (Spoken Bird) and  Will Bauer (Elevated Mind). As one half of the duo ROYALE, alongside Chillage Records’ Peter Farr, SEAPORA gained support from the likes of Magnetic Magazine, Insomniac, Amazing Radio and Youtube channel Keep It Underground and played at Lucidity Festival and Treefort Music Festival. With production style similar to that of Burial, SEAPORA’s vocals are reminiscent of Beth Gibbons (Portishead), Björk or Lamb.

Annie Jacobsen, better known as SEAPORA, is made of music. She was involved in musical theatre and dance as a child, and created her first original piano composition at the age of 12. “I remember my parents having to kindly ask me to stop singing at the dinner table and all around the house” she laughs. She went on to experiment with vocal performance, modern dance, and studied  musical theory in college.

SEAPORA has become synonymous with ethereal soundscapes and soulful vocal leads. Moved by the power of the auditory sense, SEAPORA uses her music to experience and capture mood, and through musical composition she connects with the world. Inspired by the likes Bjork, Robotaki, Tycho, Enya, Deep Forest, and Goldfrapp, her music creates a fusion between the industrial, fast moving city culture and the natural landscapes of the forest and ocean. SEAPORA, originally from California, credits the topography of her homeland for the resonance she feels with the natural realm as well as big city living.

‘Seaflow’ is the second album in a trilogy, succeeding previous release ‘Seapop’ and the first single to be taken from the album, ‘Traveling’ is a brilliant, shining beacon of electronic sophistication. Scattering dreamy vocals between flowing, ambient soundscapes, the track is an aural distillation of emotion, music that offers everything, but demands nothing.

Speaking of “Seaflow,” SEAPORA says: "The lyrical content in 'Seaflow' takes the listener on a journey through the self and deals with existential themes surrounding life and death. In 'Seaflow' we get a glimpse of what it means to be truly alive and experience our own truth. The multifaceted nature of life inspired this album, as well as the awe-inspiring beauty of our planet."