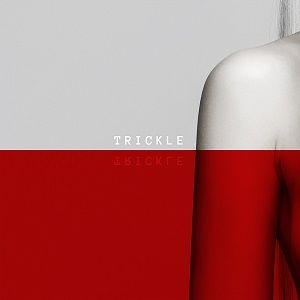 Whilst continuing to showcase her signature soaring tremolo and impressive vocal range, with ‘Trickle Trickle’ KIll J’s music takes on a more fragile and vulnerable feel. As she explains, the track references “that draining love – that humiliating love. It’s about the addiction to the sweet pain coming from a poisoned relationship; it’s a song about masochistic love”: a theme that is poignantly reflected in the fervency of the impressively interwoven music and lyrics.

Though a more emotionally expressive piece that sees her reveal a tender side to her distinctive charisma, the track’s punchy bass and expertly layered echoing vocals are still unmistakably KIll J. Drawing on the soundscapes of ‘Propaganda’ and ‘You’re Good But I’m Better’, it achieves a smooth blend of syrupy pop with a strikingly powerful edge.

‘Trickle Trickle’ will form part of her hotly anticipated debut EP, ‘Quasi’, set for release in March 2015. As the culmination of her already critically acclaimed work, the EP is characterized by its exploration of the intersection between states and positions. In her own words, “It’s a feeling of having to live up to ideals, while at the same time rejecting them. When you refuse to be put in a box, in many ways you end up being ‘half’ of many things – not being anything ‘fully’. It is a rift I have struggled against my whole life, and which defines me as a person and an artist.”

A former ‘Band of the Week’ on The Guardian, KIll J has already gained a legion of fans including Pigeons and Planes, Indie Shuffle, The 405, The Line Of Best Fit and Stereogum, whilst receiving airplay from the likes of Huw Stephens and Annie Mac on BBC Radio 1, Mamiko Motto on NTS Radio and even a spin on Beats1. Armed with her latest release, she only looks set to further her position as one of Denmark’s most exciting exports: a reputation that will be cemented when she plays SXSW this year.