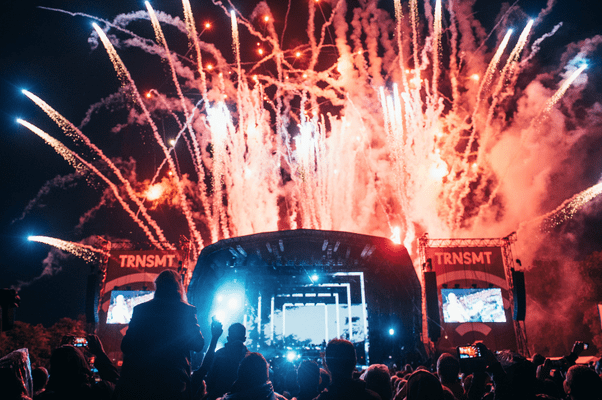 Following this morning’s incredible announcement of Arctic Monkeys as TRNSMT’s Sunday 1st July headliners, even more acts are added to the packed bill, across two weekends in June and July 2018

TRNSMT Festival this morning announced the incredible Arctic Monkeys as their fourth headliner for 2018 and this evening have added even more acts to the bill includingFriendly Fires, Shed Seven, Lewis Capaldi, Picture This and Hudson Taylor.

Irish duo Picture This struck gold when an iPhone video of their song ‘Take My Hand’ went viral in 2015 and have since found themselves writing their debut album in Nashville and penning songs with irresistible hooks and upbeat melodies. Their self-titled album was released in 2017 and went straight to number one in the Irish charts, meaning 2018 looks to be a year to remember for the boys as they join TRNSMT’s opening day Friday 29th June.

Completing the Liam Gallagher-headlined Saturday 30th June at TRNSMT, Shed Seven’s long awaited new album Instant Pleasures dropped in 2017, 27 years after the rock band formed in York in 1990, where they greatly contributed to the incredible Britpop scene of the 90s. The band hadn’t released new material for 16 years, so to say the new album was highly anticipated is an understatement. They will perform the phenomenal new songs, as well as hits such as ‘Going for Gold’, ‘Disco Down and ‘Chasing Rainbows’, ensuring singalongs fill their powerhouse live set.

English indie dance act Friendly Fires make a brilliant addition to TRNSMT’s Sunday 8th July bill, headlined by The Killers. Firm festival favourites, the band last played together in 2012 with fans delighted at the recent news of new music in the next year. The band released their second album in 2011, as a follow up to their 2008 debut and now, a whole decade since they stormed the indie scene, Friendly Fires will return to Glasgow forTRNSMT 2018.

Returning to the TRNSMT stage on the festival’s closing night of Sunday 8th July, is Scottish singer-songwriter Lewis Capaldi after an incredible debut slot in 2017 where his set saw thousands of fans singing along to his world-popular track ‘Bruises’. Lewis Capaldi has come a long way since July 2017 and has since gone on to support Rag’n’Bone Man on tour, receive a nomination for Breakthrough Artist at the SSE Scottish Music Awards, and announce sell out shows across the UK, including Glasgow’s O2 ABC. The young singer’s mix of heart-breaking lyrics with soaring melodies and a soul-wrenching voice ensures he is one of Britain’s most gifted songwriters, and his set atTRNSMT 2018 will be one of the highlights of the weekend.

Lewis Capaldi said: “TRNSMT last year was the first UK festival I ever played and it exceeded all of my expectations. To get the opportunity to play a festival of that size so early on has helped me massively and I think it’s amazing that DF have been supporting so many local artists by giving them slots on the bill where that allows them to make the most impact. Playing last year was definitely one of my highlights of 2017 and I can’t wait to come back again this year on the Main Stage.”
Rounding up Sunday 8th July’s Main Stage line-up is Irish duo Hudson Taylor who sold out Glasgow’s King Tut’s Wah Wah Hut venue earlier this month. The brothers began their career busking on the streets of Dublin before graduating to support slots with fellow Irishmen and TRNSMT acts The Script and Kodaline.

With Stereophonics, Liam Gallagher, Arctic Monkeys, and The Killers as headliners, there’s no doubt that Glasgow is the place to be for music fans next June and July. Mixing legends of the stage with the best up and coming talent from around the world, TRNSMT Festival will delight music fans across genres as they experience acts like Courteeners, CHVRCHES, J Hus, Miles Kane and Gerry Cinnamon, making TRNSMT the perfect destination for festivalgoers this summer. Winning ‘Best New Festival’ at the UK Festival Awards, TRNSMT was heralded by fans and critics in its inaugural year for its incredible audience, atmosphere and perfect mix of international and local talent. With more bands to be announced, TRNSMT is already the ultimate festival line-up for music fans.