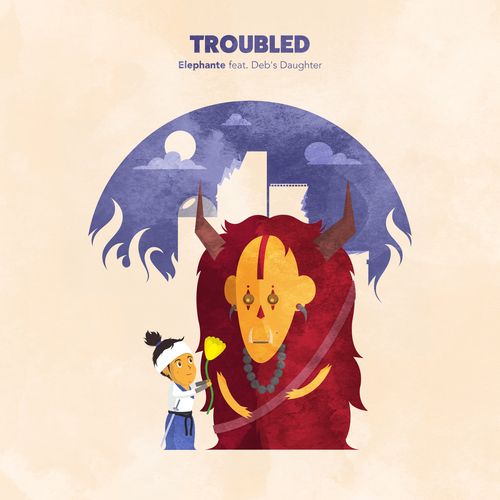 Currently in the midst of his biggest North American tour to date, breakthrough independent artist Tim Wu – best known as Elephante – has at last unveiled his first major single of 2017. ‘Troubled’ ft. Deb’s Daughter is available to buy or stream now.

Highlighting the phenomenal production prowess that has seen him earn widespread critical acclaim from talent and tastemakers alike, Wu effortlessly weaves his signature progressive house style against the mesmerising vocals of Deb’s Daughter, for a soulful single that is sure to capture the hearts and ears of his rapidly expanding global fan base.

Following on from the incredible success of his inaugural EP ‘I Am The Elephante’ in September last year which debuted at #2 in the US iTunes Dance Album Chart, racking up nearly 10 million plays on Spotify in the weeks after its release and was on heavy rotation on iHeart  Evolution and Sirius XM, Wu has achieved what many independently releasing artists could only dream of. With a jam-packed tour schedule that has seen him sell out shows in Boston, Dallas and New York City, as well as play iconic venues Omnia (San Diego), Hakkasan (Las Vegas) and Create (Los Angeles) and confirm appearances at major festivals such as Hangout, Ever After and Electric Zoo, it’s safe to say that demand for Elephante’s talents both in the studio and behind the decks has reached fever pitch in 2017.