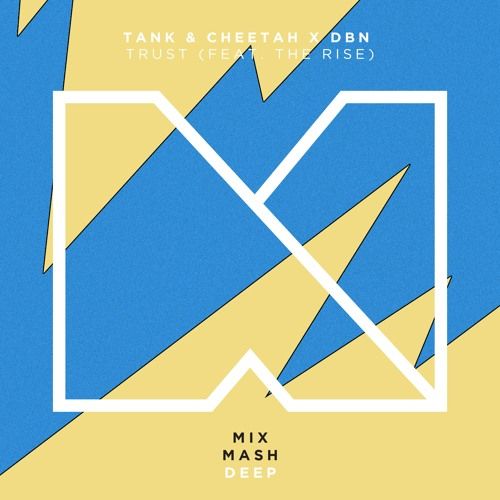 Starting 2016 off with a bang, German trio DBN have teamed up with Mixmash Record’s freshly signed ‘faceless’ producers, Tank & Cheetah for their latest track ‘Trust.’ Featuring the alluring vocals of singer The Rise, ‘Trust’ is out now on Laidback Luke’s Mixmash Deep Records and is available to purchase via all digital retailers.

Feather-light synth work opens the track, mellow and enticing against the steady bass kick before The Rise’s sweet and luscious vocals take hold. DBN’s signature frenetic build of warping, hi-octane frequencies amp up the energy – a raw percussive lead injecting the final dose of power before the track’s mammoth drop. A high-energy blend of solid dance-floor constructs – a shuffled house beat formed from polyrhythmic drum-lines and guttural synth stabs both play out with relentless propulsion before the second set of soothing vocals are delivered. The most notable thing about this release, however, is that this collaboration between DBN and Tank & Cheetah works with such synergy, whilst still retaining each artist’s individual style.

For DBN – multiple, highly acclaimed releases, sustained support from industry figureheads and prolific touring around the globe have put them firmly on the dance music map. With a fly-on-the-wall documentary about their life on tour and with several exciting releases planned, it is certain that DBN will have another phenomenal year in 2016.